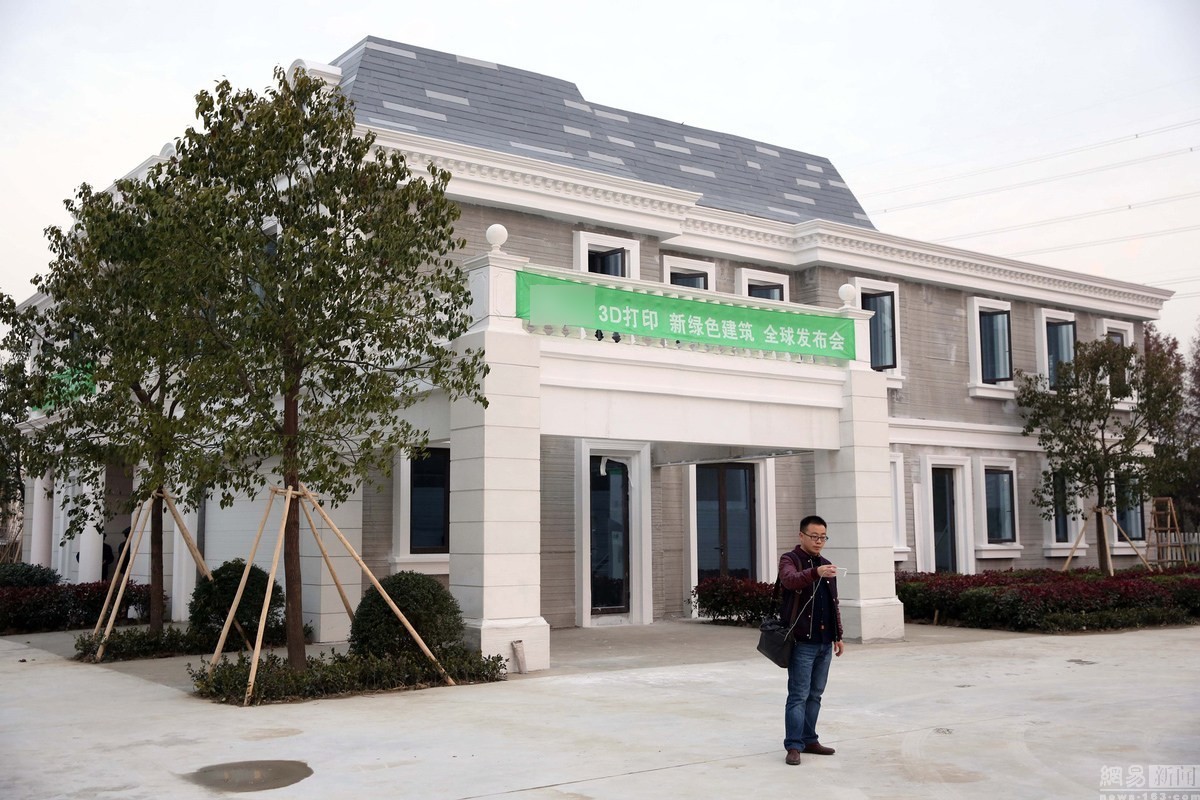 3-D printing has gained a lot of popularity during the last few decades, thanks to ever-decreasing costs of the hardware needed, as well as the wealth of information that is found on the Internet. More and more people can now print everything from toys and statues to food, guns, drones, and even entire buildings.

We learned that a Chinese construction company named Winsun has recently showcased its biggest 3-D printed buildings at Suzhou Industrial Park. One of them is a five-story apartment building with a simplistic "form follows function" design, and the other is a three-story mansion that covers an area of 1,100 square meters.

The two constructions have been made using a technique called "extrusion deposition", basically adding layers of materials to create the walls and roof. The image below shows an unfinished section of a wall that should give you a good idea how the process goes. 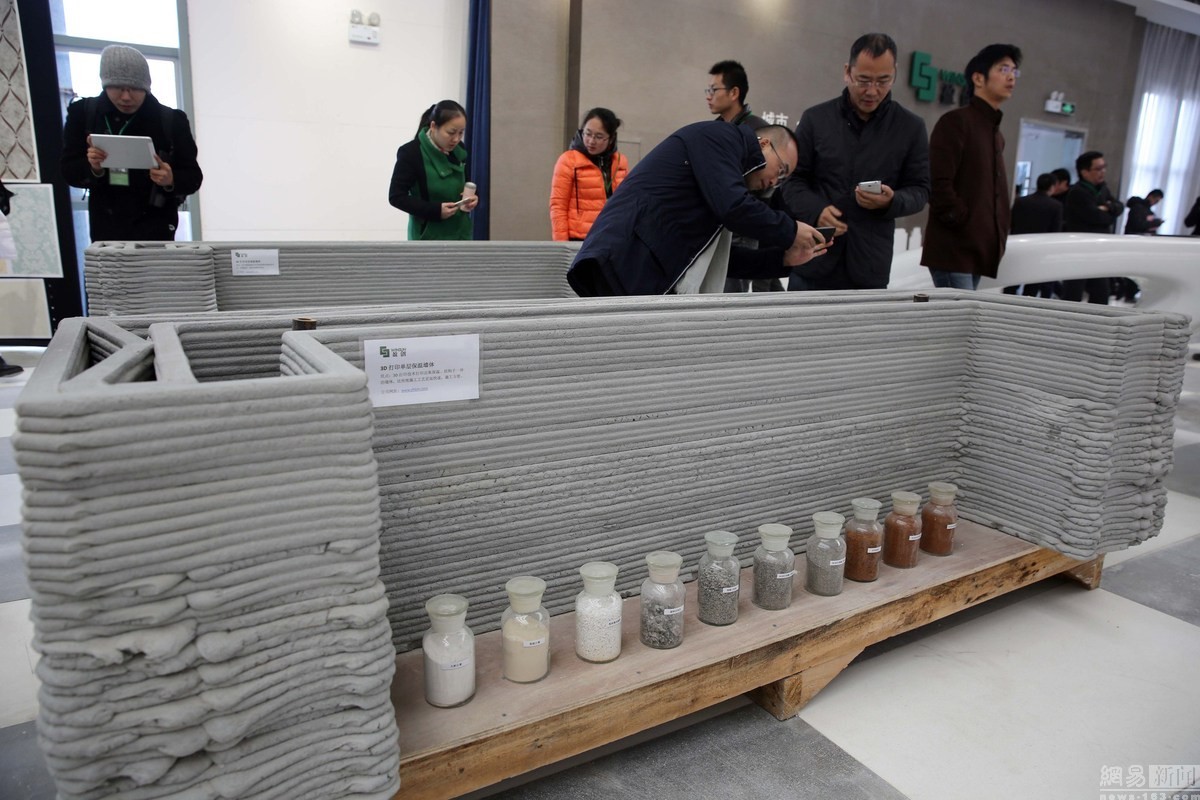 After printing the basic structure of the walls and roof, Winsun uses pre-fabricated materials to finish the building. The company explained that both the villa and the apartment block are proof-of-concept, and their interiors are not decorated.

In 2014, the same company has shown it can build ten one-story houses in a day with very little cost, which has great potential for helping people affected by natural disasters. The two recent concepts show that this can be applied to a greater scale and also to building luxurious homes.