Last week, Microsoft released the December update of OneNote for Windows 10 to Windows Insiders, and today, it's available for all. The version number of the new app comes in at 17.8827.2012. 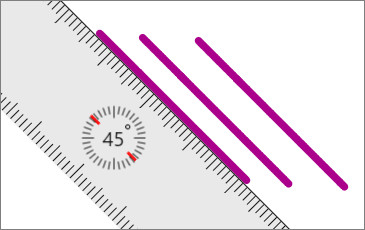 The main new feature is the digital ruler, which can be used to draw straight lines when inking, or to measure distance. You can also rotate it to various angles as indicated on the ruler itself. It's similar to what was introduced with the Windows Ink Workspace in the Anniversary Update.

There's also improved search functionality. Your search results should now show up faster, which will make it "easier to get back to your notes."

While the new app build is available to download through the Microsoft Store now, individual features are still rolling out over time, so don't be too upset if you don't see the new features right away. To update your app or install OneNote from the Microsoft Store, you can find it here.