The upgrade is an improvement of its Knowledge Graph feature, released back in 2012, which tries to learn what a user is searching for and then pulls out cards that Google thinks are relevant to the search item.

Google Search can now analyze questions with superlative words in them, like "largest," and "tallest." which means you can now ask Google, "what is the tallest building in Texas?" The search engine will get back to you with results containing a list of the tallest buildings in said state, from highest to shortest. 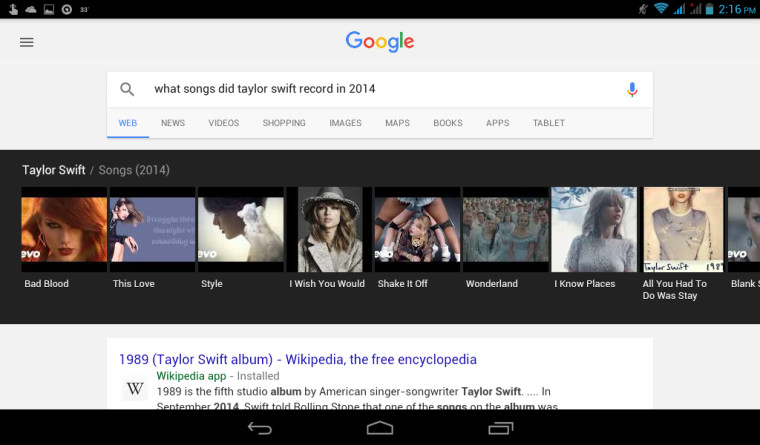 It can also now handle questions regarding particular points in time. You can now ask Google, "what was the population of the U.S. in 2007?" or "What songs did Taylor Swift record in 2014?" Lastly, the search engine can now decipher queries with complex combinations. It will now give you a proper answer upon asking "Who was the president of the United States when the Angels won the World Series?" instead of merely displaying search results.

Despite all the major improvements, Google admits that the new feature is still improving, meaning that it can still give inaccurate results. However, the update still helps ease everyone's searching experience and attempt to get them to what they want faster. The feature can be tried out by everyone today, either by typing a query or by doing a voice search.