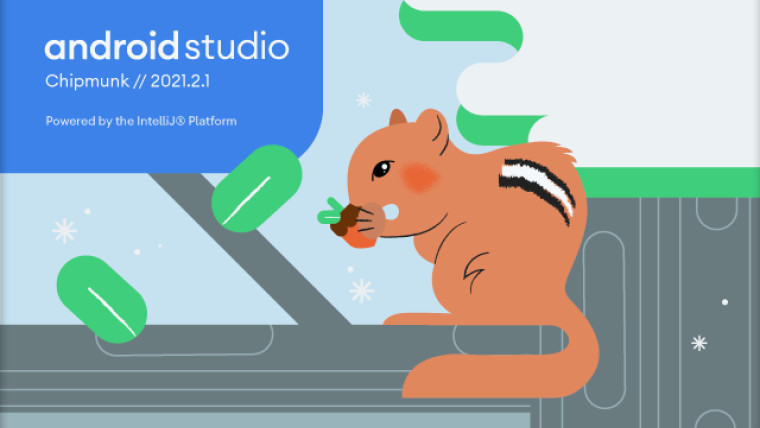 Google has announced the latest stable release of Android Studio, its popular integrated development environment (IDE) for building Android apps. This version is called "Chipmunk" and follows Bumblebee and Arctic Fox. It seems that Google is formulating a trend of naming stable releases of Android Studio after animals, alphabetically.

A more formal name for Android Studio Chipmunk is version 2021.2.1, in line with the major IntelliJ version it packs. Google itself has stated that this is a relatively smaller feature update but includes the latest version of IntelliJ and fixes over 175 quality issues.

Apart from that, this release also sports the general availability of Compose Animation Preview. This capability allows Android Jetpack Compose developers to inspect and debug a variety of animations through different controls such as pause, loop, fast-forward, and slow motion. For the time being, it just supports AnimatedVisibility and updateTransition but will handle more animation types in the future.

The CPU Profiler has been updated to show more information regarding janks. However, it requires API level 31 (Android 12) or higher. There's also a Jetifier check in Build Analyzer that informs you if you can remove the Jetifier flag to improve build performance. Google has noted that turning it off may reduce build times by 5-10% in some cases.

If all of this sounds interesting to you, you can download Android Studio Chipmunk from over here.