AMD launched the Radeon RX 6900 XT, its flagship product this GPU generation, in December last year. The company it seems has moved on from its blower-style designs and instead the reference RX 6900 XT brought on a cooler with triple axial fans. However, that apparently is not the only reference 6900 XT in existence as a liquid-cooled (LC) version of the reference GPU has also been spotted a few times since.

The reference RX 6900 XT LC allegedly packs the binned XTXH variant of the Navi 21 chip, the same chip that is also present in PowerColor's Liquid Devil Ultimate as well as in Sapphire's TOXIC Extreme Edition. However, and rather bizarrely, it seems the reference 6900 XT LC is the one that actually features the fastest memory clock among the three, even though the other two models are aftermarket versions and are supposed to have the better specs.

The LC 6900 XT model was tested today by a Baidu Tieba user who spotted this deviation. The memory on this new card is apparently clocked at 18.48Gbps whereas all other 6000 series Radeon cards are locked at 17.2 Gbps. That's an increase of close to 7.5%.

Below is an image showing the specs of the card. While the language may be Chinese, the specification details are fairly easy to figure out. 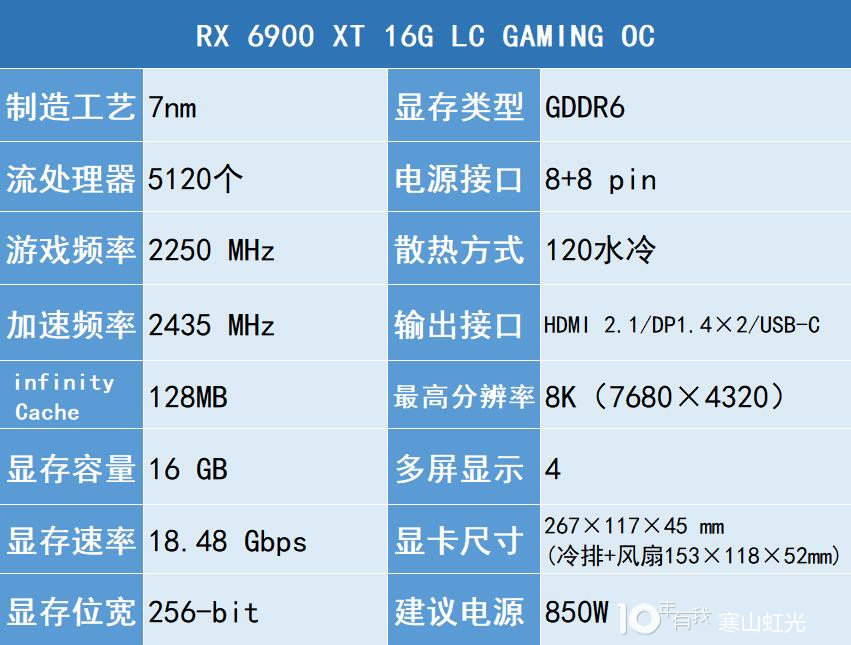 It is alleged that AMD originally planned to launch these chips to DIY gamers worldwide but due to the shortage has changed tactic. The Radeon RX 6900 XT LC, for now, is only available to Chinese OEMs and system integrators.