As the launch date nears for the upcoming AMD RDNA 2 refresh, more and more leaks spill out for the new Radeon RX 6000 cards. First, we got alleged official benchmarks for the flagship RX 6950 XT, in the form of synthetic tests. Afterwards, alleged gaming numbers, including ray-tracing, also leaked.

Today, vBIOS (VGA BIOS) details for the 6950 XT were spilled inadvertently by TechPowerUp which maintains a database of vBIOS for various Radeon and GeForce graphics cards. While the link has since been pulled from TechPowerUp's site, a Chiphell forum member was quick to spot it and VideoCardz managed to take screenshots of two of 6950 XT aftermarket AIB variants. 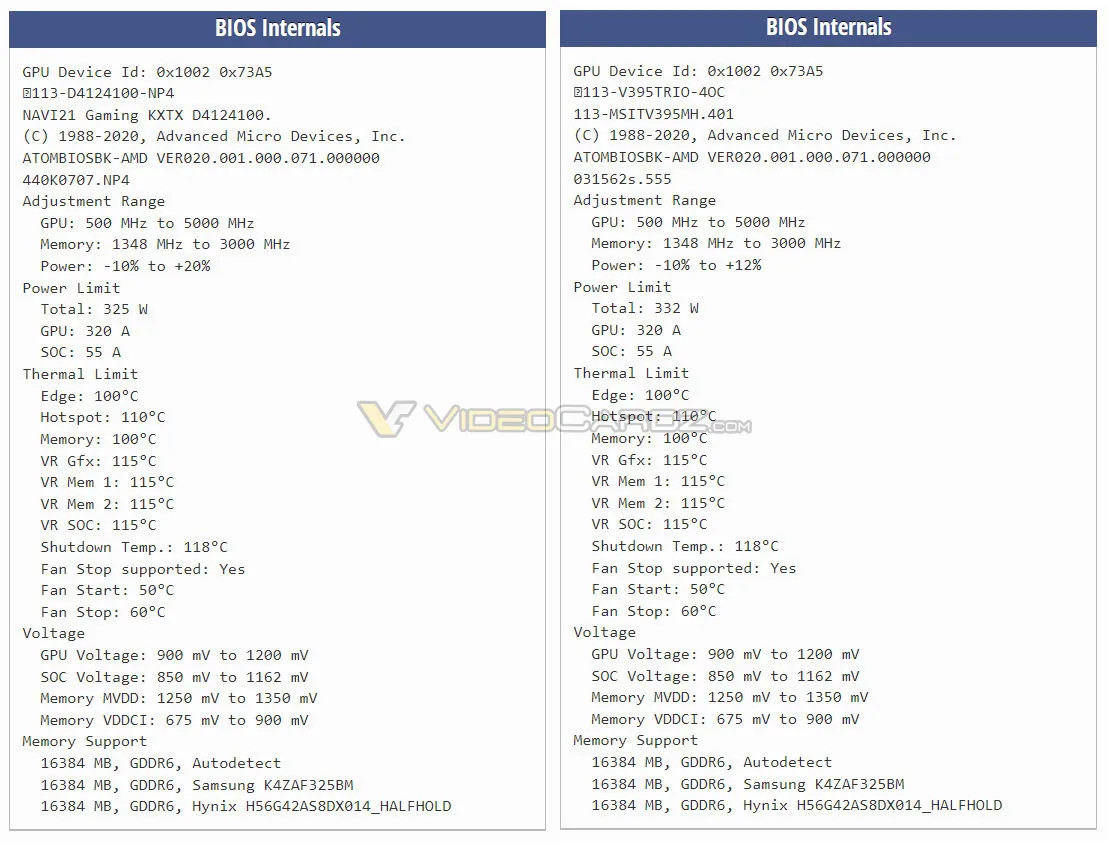 The leaked vBIOS data reveals two interesting details about the upcoming Radeon RX 6950 XT. First, the new GPU is not based on the Navi 21 XTXH chip which has been used by AMD previously for its top-end enthusiast 6900 XT variants. Instead this is a new chip apparently dubbed "Navi 21 KXTX".

The memory subsystem on the new KXTX chip is seemingly more versatile than the previous 6900 XT GPU as it apparently supports both Samsung as well as Hynix GDDR6 memory, as opposed to just Samsung GDDR6. Outside of minor performance differences, sourcing the memory from two vendors should help AMD maintain a decent stock for the Radeon RX 6950 XT which in turn should help keep the price of the GPU low.