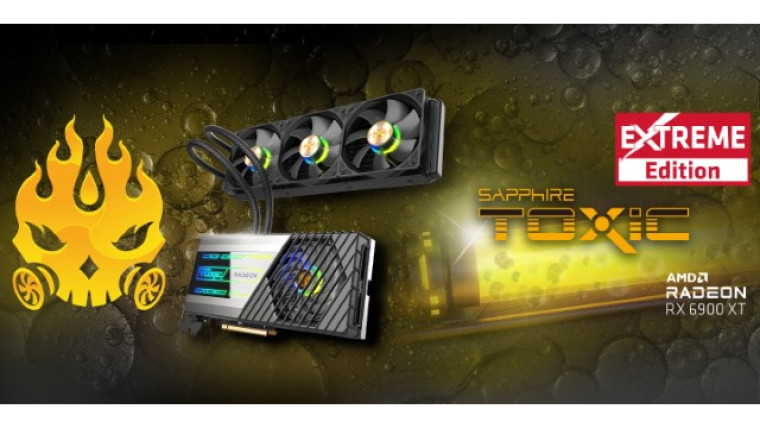 It seems Sapphire has no regard for World Earth Day, as it has launched the all-new TOXIC Extreme Edition Radeon RX 6900 XT today. The new card likely comes with the highly binned Navi 21 XTXH chips that are designed for extreme overclocking. The TOXIC Extreme has a Boost clock of 2525MHz and Sapphire says that it can go all the way up to 2730MHz by using the "One Click TOXIC BOOST mode" in its TriXX overclocking software. In fact, it could probably go a bit higher since Navi 21 XTXH which is probably powering the TOXIC Extreme Edition here has a clock limit that reaches all the way up to 4000MHz.

Other than the clock limit difference and the silicon bin, there is seems to be no other apparent distinctions between the new TOXIC Extreme Edition and the TOXIC Limited Edition (LE) that launched earlier; although the newer Extreme Edition might feature a more robust power delivery system to push for the higher clocks it's intended for. Like the LE, the Toxic Extreme Edition also features an AIO cooler with triple 120mm radiator fans and a direct blower fan on top of the card itself.

Pricing and availability of the cards haven't been talked about but the answers to these are likely very high and almost impossible to find, respectively. To know more about the new TOXIC Extreme Edition 6900 XT, you can visit Sapphire's official blog post here.