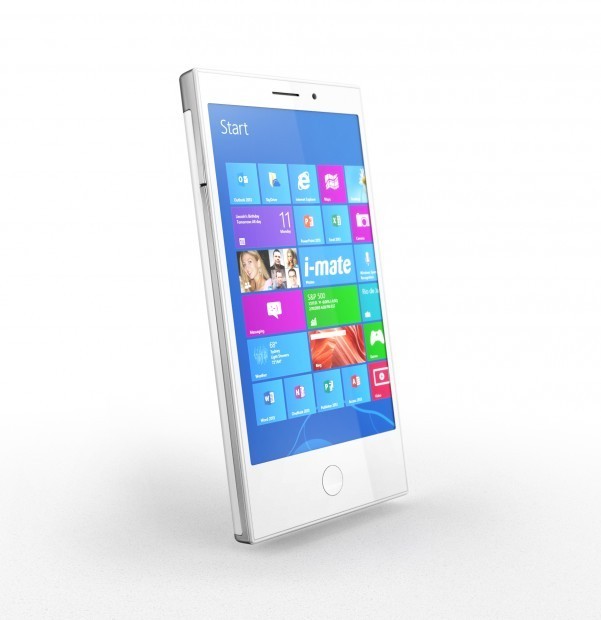 A few months ago, reports were released about a smartphone that ran, not on Windows Phone 8, but the full PC Windows 8 operating system. The company making these claims was the Redmond, Washington-based i-mate, and at the time the company said the phone would be unveiled during the Mobile World Congress trade show in Barcelona, Spain. The show came and went in late February without any announcements from i-mate, however.

This week, PCWorld claims that the Windows 8 phone, with the brand name Intelegent, is indeed real. However, it would seem that i-mate is still a bit skittish about showing off the device in public. The article's author says he saw videos showing the Intelegent in action but i-mate would not allow that video to be posted to the site. Officially, i-mate has said it doesn't want to show the prototypes of the Intelegent and that the final product will be slimmer.

One of the videos showed the phone's dock, which can be hooked up to a PC monitor that in theory will allow the phone to also serve as a full PC replacement. Inside the phone, i-mate says the 4.7-inch device will have an Intel Z2760 Clover Trail processor along with 2 GB of RAM and 64 GB of storage. It will also have a five megapixel rear camera and a two megapixel front facing camera.

i-mate is still saying that the Intelegent will cost $750 on its own, unsubsidized, or you can get the phone with the docking station and its own 10.1-inch tablet screen for a whopping $1,600. i-mate won't sell the phone by itself, but does say it will work with unnamed wireless carriers that will sell the Intelegent. There's still no specific launch date for the Windows 8 phone.