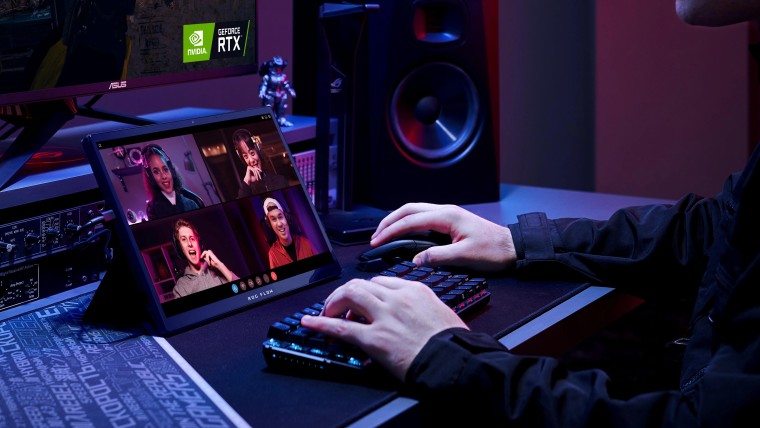 ASUS has introduced a potential gem at CES 2022. The company is inviting people to "dive into the best tablet gaming on Windows 11" with its new ROG Flow Z13 (2022) 2-in-1 gaming tablet. While claiming to have the best gaming tablet may seem overtly ambitious, ASUS has some specs that may warrant its claim to fame. The 2022 ROG Flow Z13 packs up to an Intel Core i9-12900H as well as an NVIDIA GeForce RTX 3050 Ti GPU, up to 1TB SSD, and up to 16GB 5200MHz LPDDR5 memory into a relatively small form factor. 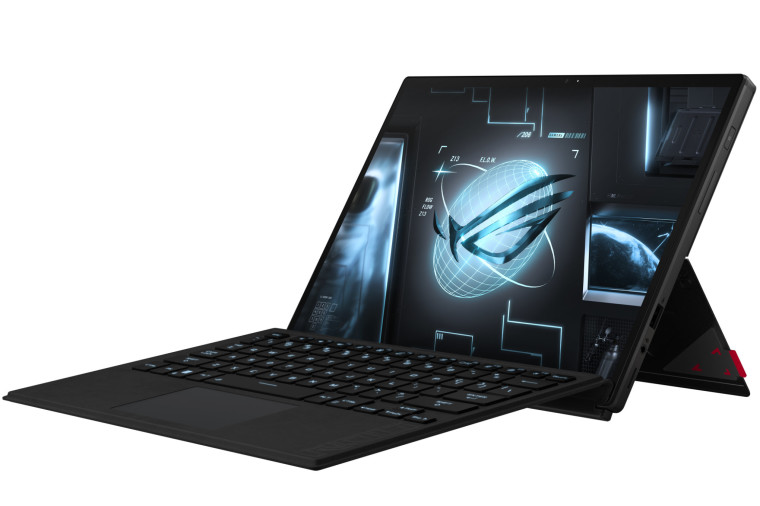 ASUS is advertising the tablet to remain "incredibly quiet" even under full load due to its vapor chamber cooling solution coupled with liquid metal and 0 dB Ambient Cooling. The chassis itself is coated with a premium anti-fingerprint layer and "makes cleaning the surface a breeze." On the rear of the device is a CNC-milled window that shows the mainboard of the tablet. The tablet (without keyboard attachment) comes in at 1.1 kg and 12mm thickness, and includes a 100W adapter which supports Fast Charging Technology and juices up 50% of the battery in only 30 minutes. 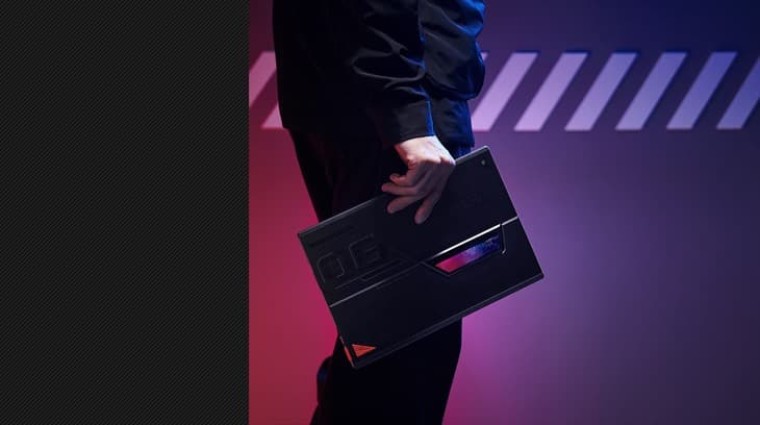 The tablet is propped up with 170 degrees of kickstand adjustment that looks akin to the Surface Pro line, along with a detachable full sized keyboard. The 13-inch display has a 16:10 aspect ratio and has two panel options: 4K 60Hz or FHD at 120Hz refresh rates. Speaking of refresh rates, ASUS is advertising Adaptive-Sync technology which will allow for variable refresh rates (VRR) based on the content. The advertised screen brightness goes up to 500 nits and supports Dolby Vision. 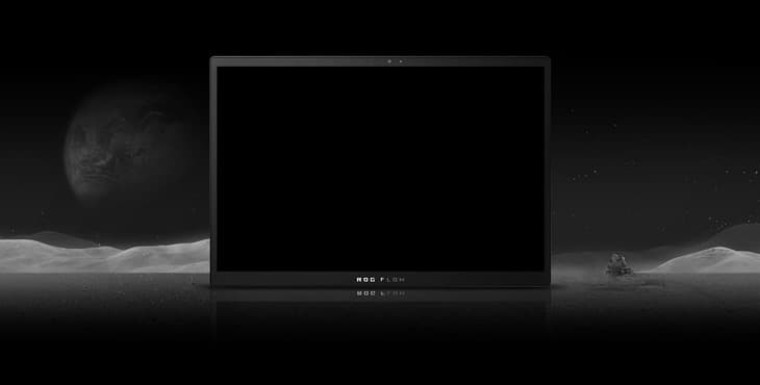 The ROG Flow Z13 (2022) has Dual Smart Amp speakers with support for Dolby Atmos and Hi-Res Audio. The company even took it a step further and included a High SNR 3-mic array and AI Noise Cancellation for enhanced voice communication.

In terms of ports, the ROG Flow Z13 (2022) has a USB Type-A port, a dedicated USB-Type C port with Thunderbolt 4 support, and an XG Mobile port which allows for additional input supports such as DisplayPort 1.4 and a 3.5mm headphone jack. Underneath the kickstand is a slot for a microSD card for further storage expansion. It should be noted that the usage of the proprietary XG Mobile port will allow for eGPU usage with up to RTX 3080 mobile GPU performance or the new Radeon RX 6850M XT GPU via a PCIe 3.0 x8 interface.

Finally, the ROG Flow Z13 (2022) will also include support for the WiFi 6E standard for wireless connection. No official pricing has been announced and the tablet will be available in Q1 or Q2 2022.