Nokia didn’t quite manage to keep the latest addition to its smartphone range under wraps until the official reveal – we got our first relatively clear look at it in an image that leaked yesterday. But today, the device that we’ve known about for some time as ‘Catwalk’ was finally announced by Nokia at an event in London, at which imaging and multimedia was a major focus.

Take one look at the Lumia 925, and you’ll notice one major departure from the design of earlier Nokia Windows Phone flagships – in lieu of the tough polycarbonate plastic that has become a hallmark of many Lumia handsets, the 925 features an aluminium rim around the outside of the device, which Nokia says is also a "fabulous antenna". The aim is to banish criticisms of unnecessary weight in Nokia’s current range-toppers; with the Lumia 920 weighing in at 185g, and the 820 not much less at 160g, Nokia has clearly had some work to do. 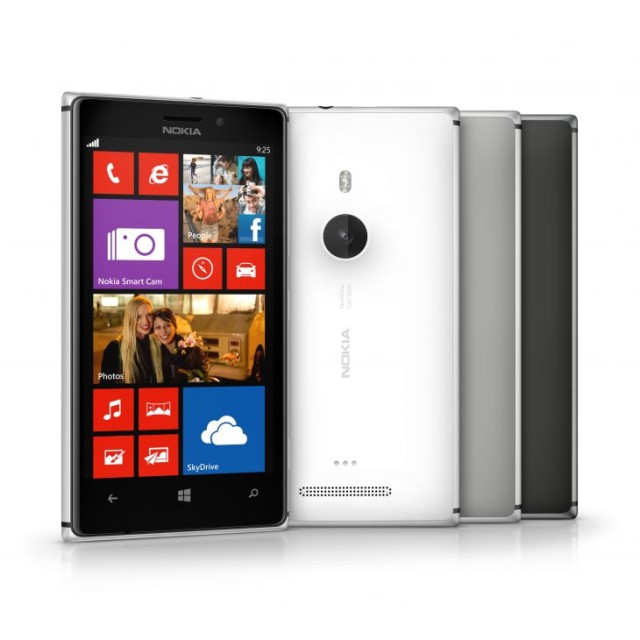 Despite a spec sheet that’s broadly similar to the Lumia 920 – and its closely related sibling, the Lumia 928 for Verizon – Nokia has managed to trim the fat in the Lumia 925, bringing its weight down to a much more reasonable level. It’s thin too, thin enough to strut its stuff down any catwalk, with a profile that’s considerably sleeker than its predecessors. With a profile that's just 8.5mm thick, the 925 weighs just 139g - far less than the 920 and 820, but still more than devices such as the iPhone 5 (112g).

But this device is about much more than just looks. Carrying the torch of its Lumia 92x brethren, the new Lumia features the latest developments of the company’s innovative PureView imaging technology, bringing an updated version of the 8.7MP camera that debuted in the 920, with optical image stabilization, which Nokia claims will offer an unrivalled smartphone photography experience. Nokia has also introduced numerous new software enhancements to its imaging offering, including a new SmartCam app that helps to capture the perfect shot on the fly. 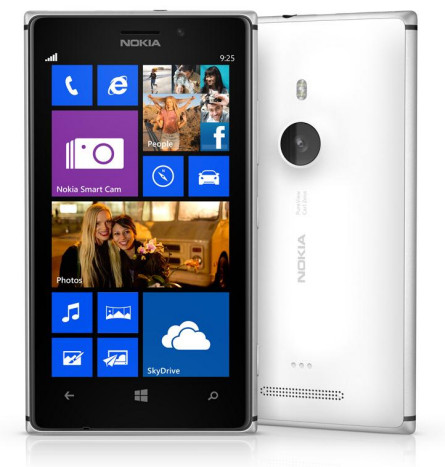 The Lumia 925’s specs don’t differ wildly from its progenitors; there's a 4.5-inch octaOLED screen with HD (1280x768px) resolution, but there's no integrated wireless charging, but you'll see a "sleek and slim" wireless charging cover. These covers also bring some much needed colour to the device, which is offered only in white, silver and black. The colours offered with the wireless charging covers are based on the familiar Nokia colour palette offered on other Lumia devices.

Along with 4G LTE support, it will have the same 1.5GHz dual-core Snapdragon S4 processor as the 920/928, along with 1GB of RAM and 16GB of storage (which is actually less than the 920, which has 32GB of storage onboard). Vodafone will exclusively offer a 32GB variant in Europe. When it arrives in June, it will be priced in Europe at €469 off-contract, and will launch Vodafone in numerous European markets, including the United Kingdom and Germany, and on T-Mobile in the US. Other carriers will make their announcements about availability in due course; a Nokia executive told me that O2 is expected to announce its plans for the 925 imminently.

We hope to have some hands-on time with the Lumia 925 later today, so stay tuned to Neowin for our first impressions.