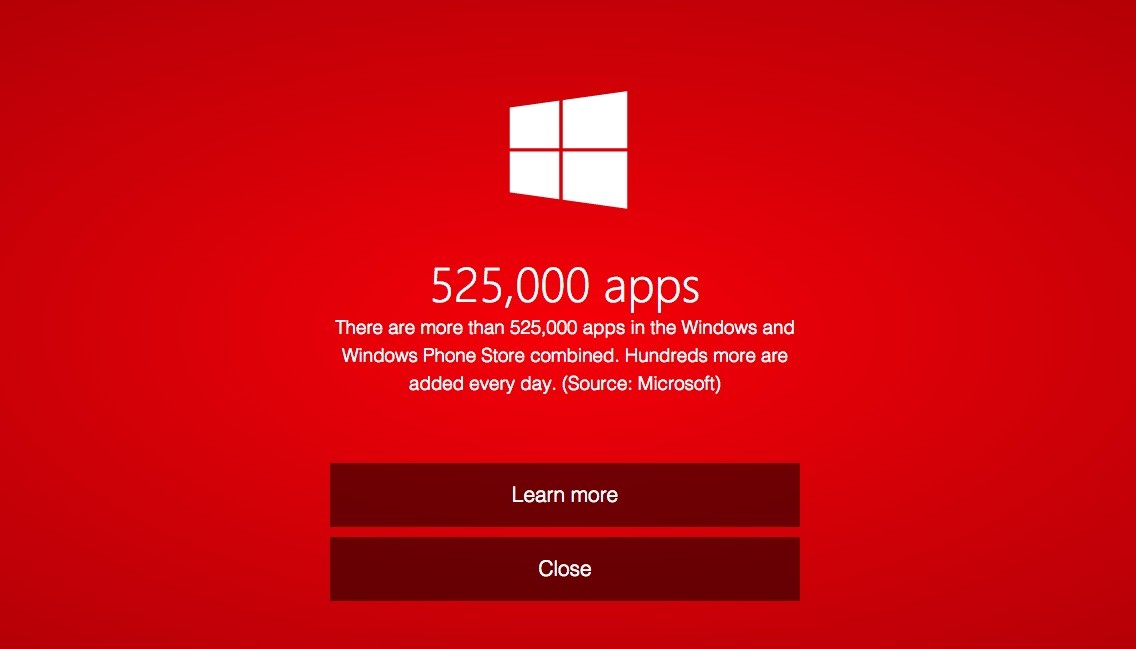 Microsoft has revealed that the Windows and Windows Phone Store now has more than 500,000 apps available combined. This statistic is available on the Microsoft website that periodically updates their numbers for various Microsoft products.

According to the VentureBeat, the number of apps that accounts for the 525,000 is split with roughly 187,000 apps in the Windows Store and more than 340,000 apps available in the Windows Phone Store. This total number was last updated on September 30, 2014 and has no doubt grown in the past two months.

While this might seem like a drop in a bucket compared to Apple's 1.3 million app milestone revealed in September and Android's similar numbers, Windows has made great efforts in the past couple years to close the "app-gap" and also encourage developers to the platform. While it might seem like Windows and Windows Phone are on an excellent path, they won't truly be able to leapfrog iOS or Android unless they correct problems discussed by Andy Weir in 2013, that are still relevant issues to date.