It would seem that the Prime Minister of the UK, Theresa May isn't too pleased with the progress that social media companies have made in the past year fighting extremism. At the World Economic Forum in Davos, she once again singled out these companies calling for even more regulation. 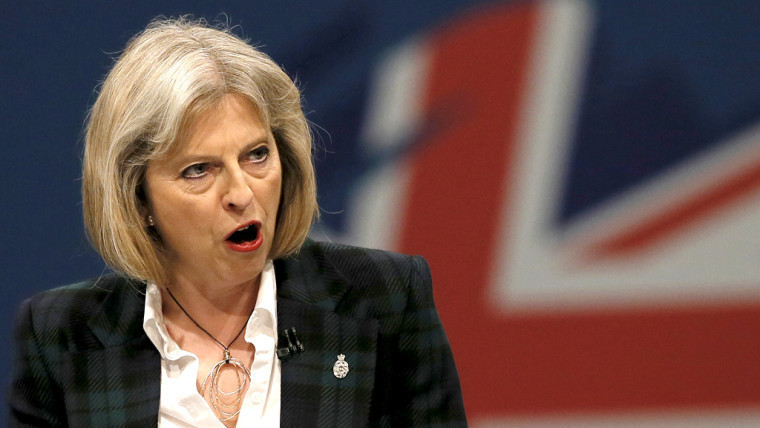 During her speech, May reiterated that companies should do more to limit the spread of harmful content in a bid to meet their 'fundamental social responsibilities'. In the case of Telegram - which was singled out by the Prime Minister - it is reportedly extremely popular among terrorists and pedophiles:

“We also need cross-industry responses because smaller platforms can quickly become home to criminals and terrorists. We have seen that happen with Telegram, and we need to see more co-operation from smaller platforms like this. No one wants to be known as the terrorists’ platform. Or the first choice app for pedophiles.”

However, her calls were met with some pushback. Telegram founder Pavel Durov - who is attending the event in Davos - tweeted "Some politicians tend to blame tools for actions one can perform with these tools" ahead of her speech. He further pointed out that regardless of how much governments seek to 'undermine encryption', terrorists will always have the ability to build their own encrypted apps.

Other concerns were raised as well, with critics of the rules imposed by the European Commission (EC) noting that it could pose a risk to freedom of speech and expression. The EC has already started working with social media companies to pro-actively detect and remove illegal content - after it introduced a voluntary Code of Conduct in 2016. In the UK, May imposed rules that force the removal of harmful content within two hours of being posted online.

The Prime Minister further reinforced the notion that companies should be held liable for the content hosted on their platforms:

“As governments, it is also right that we look at the legal liability that social media companies have for the content shared on their sites. The status quo is increasingly unsustainable as it becomes clear these platforms are no longer just passive hosts. But applying the existing standards of liability for publishers is not straightforward so we need to consider what is most appropriate for the modern economy"

This point of view has resulted in massive increases in lobbying by companies. In 2017, Facebook and Twitter, among others spent millions fighting the 'Honest Ads Act' in the United States that aim to hold them responsible for any content that is deemed inappropriate.

In her speech, May also pointed to a recent survey which revealed that social media platforms are facing a so-called 'global consumer trust crisis'. Facebook has come under fire for 'fake news' spreading like wildfire on its site, which forced the company to apologize for its 'corrosive effect' on democracy during the 2016 U.S. Elections.