For a VR project from Google, Daydream hasn't made a lot of waves in this burgeoning market as of late. Back in November of 2017, HTC announced that it would scrap plans for a compatible headset. Luckily, the technology giant mostly known for its search engine, introduced its own reworked headset that retails for $99. 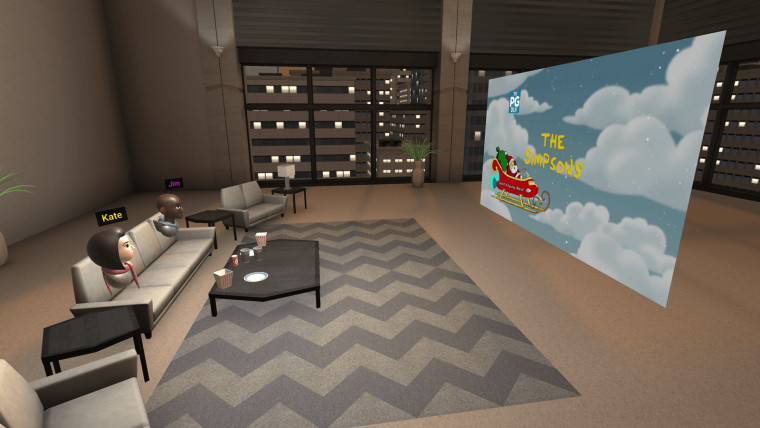 However, this lack of enthusiasm did not deter Plex from joining in on the fun. The company announced that an official virtual reality version of its wildly popular media center app is available for download. According to the official press release, it wasn't too keen on the idea of a VR version at first. This changed when the team experienced the community project called Plevr. It quickly jumped into action to offer those using Daydream compatible devices an official way to watch their favorite shows on a gigantic virtual display.

The app also supports functionality that allows users to watch shows together. Each user will have a virtual representation, with accurate head tracking and voice chat. This reportedly makes the experience of watching the latest episode of Rick & Morty - or whatever you fancy - with someone thousands of miles away a bit more 'intimate'.

Other tongue-in-cheek features include:

It has to be noted that the app does not come with an actual kitten, but that the co-watching feature will be free to use for one week. Once this period expires, a Plex Pass subscription will be required. The app can be downloaded from the Google Play store today if you have a Daydream compatible device. For those using other VR headsets, the company has not mentioned any intention to support these devices yet.