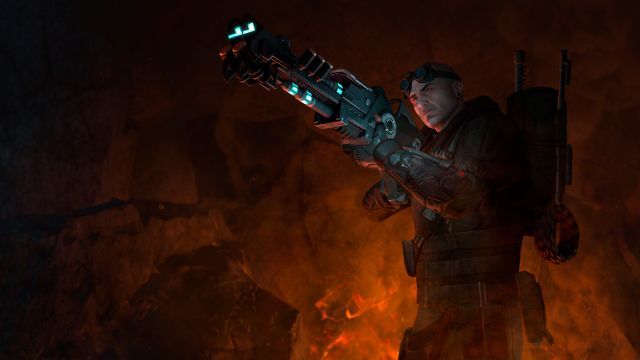 Normally the week of E3 is pretty slow for new game releases. For some reason that's not the case this year as there are a few major games showing up on store shelves in the next week. While we normally talk about games coming to the US in this round up, we also wanted to point out that the long awaited Duke Nukem Forever is being released in Europe and other parts of the world on June 10. It won't be released in the US until June 14.

Red Faction Armageddon - Developer Volition and publisher THQ bring us this latest entry in the sci-fi shooter series where destruction is the main theme. In this installment for the PC, Xbox 360 and PS3 platforms the rebels under the ground on Mars have to fade a new and alien threat. THQ is still pushing its "transmedia" plans; Syfy Channel watches got to see a prequel movie, Red Faction Origins, on Saturday night.

inFAMOUS 2 - The Playstation 3 exclusive open world action game gets a sequel as developer Sucker Punch and publisher Sony brings us another chapter in this dark super hero saga. Cole MacGrath continues to use his electrical based powers in a new city. Sucker Punch is also offering a mission creator for the game.

Operation Flashpoint Red River - Released several weeks ago in Europe. Codemasters' latest game in its military shooter series finally reaches the US for the PC, Xbox 360 and PS3 consoles. The game is a sequel to the events in the previous game, Dragon Rising as US Marine forces combat China's army in a near future conflict in Tajikistan.

Also coming out this week is the latest movie tie-in game, Green Lantern: Rise of the Manhunters, for the Xbox 360, PS3, Wii and DS platforms.