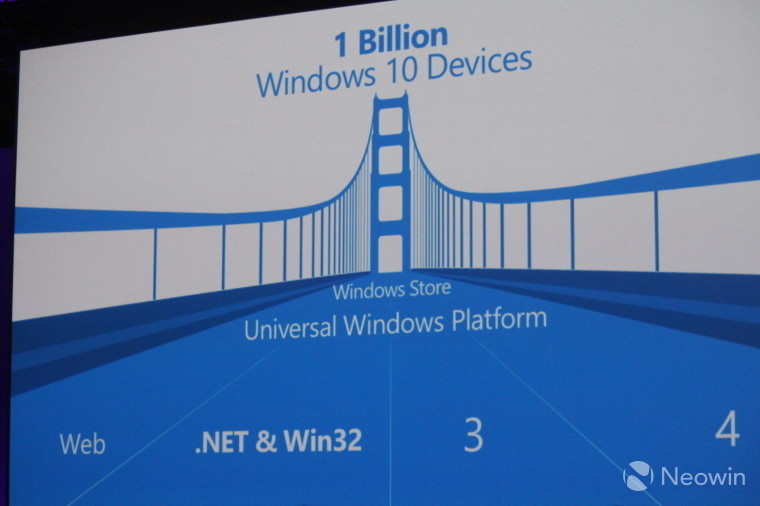 Last week, Epic Games co-founder Tim Sweeney wrote an editorial in The Guardian, in which he was very critical of Microsoft's Universal Windows Platform, claiming that it is only a step in a broader strategy to lock down the desktop ecosystem.

Microsoft's Xbox head Phil Spencer took to Twitter to defend UWP, pointing out a blog post in which he explains the company's efforts to create more developer opportunities regardless of the store used for distribution, including a "broad range of tools", referring to Xamarin and a number of software bridges such as Project Islandwood and Project Centennial.

UWP is a fully open ecosystem, available to every developer, and can be supported by any store. Broad range of tools https://t.co/LqPcjRFzu9

Tim Sweeney responded yesterday in a new piece on VentureBeat, in which he appreciates Microsoft for being "courteous, level-headed, and free from corporate PR-speak" in how it took his criticism, which is helpful towards a constructive discussion that also keeps the public in the know when it comes to what is going on behind the scenes of UWP.

The Epic Games co-founder goes on through the history of UWP, recognizing the merits of its technical implementation, explaining how sandboxing, removing the backwards-compatibility layer, and a new set of more simple Windows APIs can offer a more secure environment for consumers.

While he agrees with these core ideas of the UWP model, he thinks that the Redmond giant has introduced some unnecessary additional steps in Windows 10 for publishing apps to the Windows Store, as well as side-loading them, raising the question of whether or not Microsoft really made UWP as open as it should have.

Tim Sweeney thinks this is too big a departure from how the Win32 distribution model worked, explaining that UWP needs to emulate that Microsoft really wants to make it an open ecosystem, as well as offer the ability to use Windows Store services in other stores, such as Valve's Steam and Adobe's Creative Cloud.

1. Support installing UWP apps from any source, including the Web, with as simple and unobtrusive a flow as exists today with win32. Download, double-click, and acknowledge a security prompt […].

2. Support installing UWP applications that are digitally signed by their developers using the same, open Certificate Authority services that are used for win32 and the Web, without requiring developers to register with Microsoft, nor programs to be submitted to Microsoft for approval or signing/DRM as current Windows 10 defaults require.

4. Not impose any restrictions on Internet connectivity of third-party applications or the ability for developers and users to engage in commerce directly outside of Microsoft’s store architecture.

5. Use win32 “install” terminology to put all software sources on a level playing field. As long as non-Microsoft Store installation is referred to as “side-loading,” it’s hard to trust that Microsoft doesn’t view third-party software sources as second-class citizens, and their future role in the operating system as renegotiable.

Be sure to let us know your thoughts on this in the comment section below. Do you think Microsoft should open up UWP more, and why?