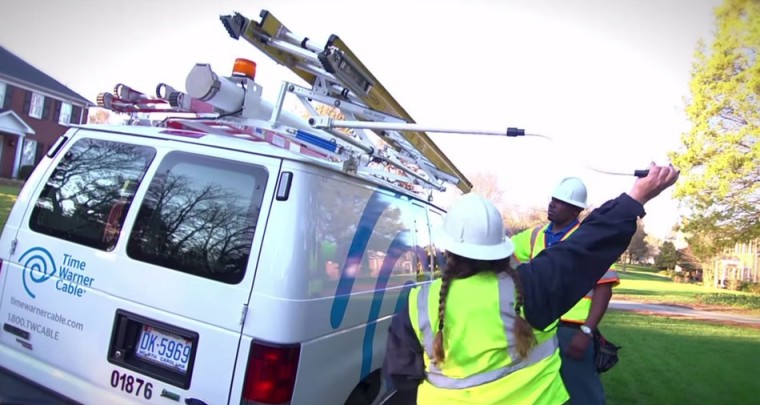 Time Warner is suffering a major outage of internet services across the US, with the East Coast seemingly affected the most.

Customers reacted angrily via social media that they can no longer access the internet, land-lines or on-demand services, which cut-off early on Wednesday morning. Time Warner responded to the complaints via Twitter stating they were working on the issues "as quickly as possible."

We're working to restore services to all areas as quickly as possible; no ETR. Tweets will be delayed while this is addressed.

According to Mashable, the outage extends from the East to West Coasts of the U.S., with the most recent reports from Los Angeles, to New York, to Charlotte, North Carolina. The map below shows the major outage areas as of 7:25 a.m. ET: 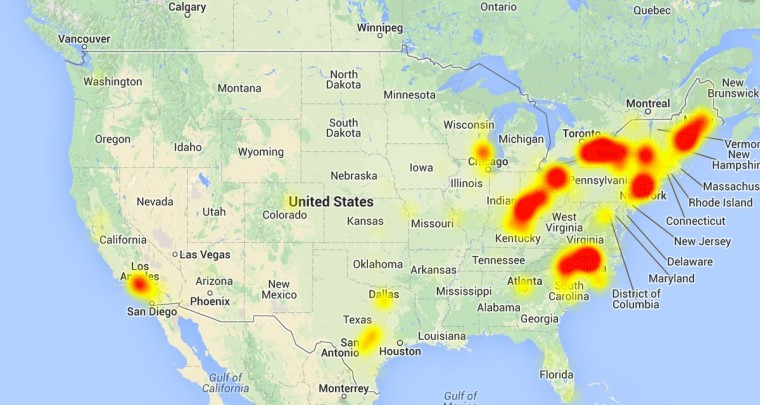 Map of affected areas as of 7:25am EDT

Re/code managed to get a statement from the company who have pinpointed the problems due to maintenance carried out early on Wednesday morning:

At 430am ET this morning during our routine network maintenance, an issue with our Internet backbone created disruption with our Internet and On Demand services. As of 6am ET services were largely restored as updates continue to bring all customers back online.

Thankfully, some people don't think it's the end of the world.

This time warner internet outage just got serious. I had to bring a magazine to the bathroom instead of my iPad. #PoopingLikeIts1999 #TWC

Deep within Time Warner is an old router with a sign "don't touch" acting as the central hub for all their internet. Someone touched it.

While others might think it's an excuse to get the day off.

Time Warner internet out nationwide.. Does this mean we all get the day off? #BlackWednesday

If you're in an affected area and are somehow able to get online, know that Time Warner is confident that the issues will be resolved soon, if we're to believe the above statement made to re/code.