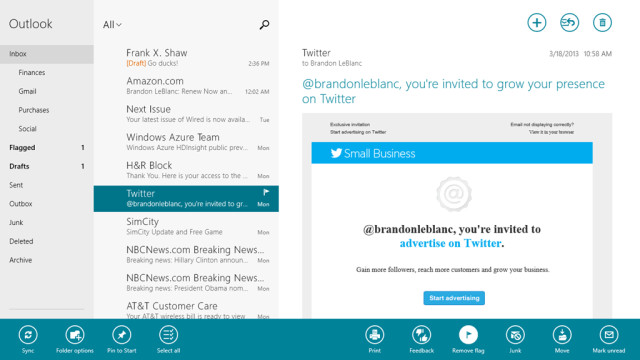 As rumored last week, Microsoft is preparing to update a number of its core Windows 8 and Windows RT apps this week. Today, the company announced that the Mail, Calendar and People apps will be updated on Tuesday.

Writing email addresses in the Mail app will be easier as well, Microsoft says:

When you first start a new email draft, the “To” line is populated by “smart contact suggestions”. Essentially, the Mail app will remember and suggest the contacts that you email regularly. And if you’re working on a draft message, that message will now show up automatically at the top of your inbox. If you’re replying to an email, the draft will show up within the email conversation. Going back to find and finish draft emails is super easy. 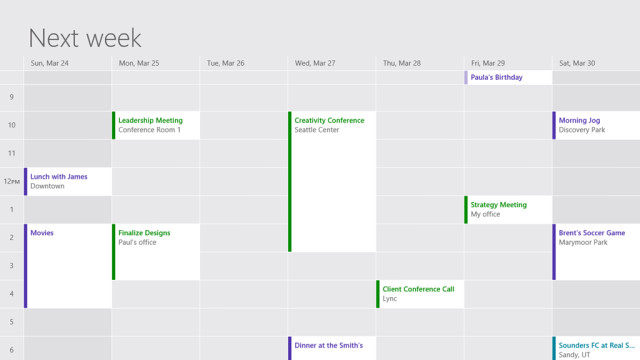 The Calendar app will get a visual redesign that Microsoft says will make it easier to read. The app command bar on the bottom will also have a new "Work week" button that will just show calendar appointments for Monday to Friday. The blog adds:

The Calendar app now accommodates the use of scheduling assistant for business accounts that use Microsoft Exchange. Anyone used to scheduling meetings in Microsoft Outlook and being able to see a person’s availability will be able to see the same thing in the Calendar app. You can now also forward meeting invitations, send email to all meeting attendees (great for sending out meeting agendas), choose more recurrence options for reoccurring meetings or events and set end dates for recurring events. 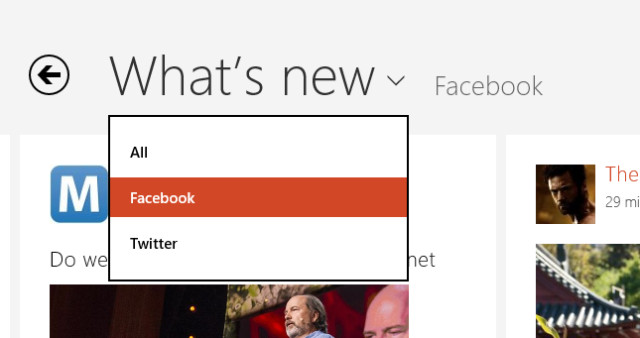 Finally, the People app will add a new navigation bar on top of the app and will have a "What’s new" feed that will have options for each social network you are signed in on. You can also post directly to your Facebook friends' walls from within the app.

Of course, we are still waiting to see if Microsoft will also update any more of its core Windows 8/RT apps, particularly its Xbox Music app, which has seen quite a bit of criticism from users. The company is also working on a number of all new apps, judging by this weekend's Windows Blue leak.