Windows Blue has brought many changes to the platform including new apps and customizations, but one feature that appears to have been canned, is the ability to use the "System Image Recovery" option as a boot option. 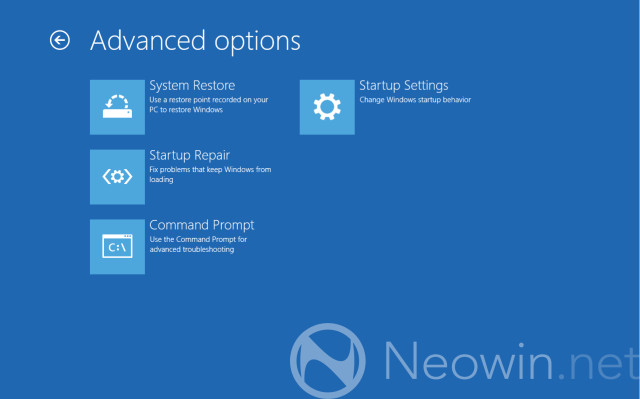 As you can see above, Microsoft has removed the option to recover Windows using a specific image file. Why Microsoft would remove the option to create and restore from a system image backup is a bit baffling, as it would only serve to assist those whose machines are on the fritz, but there you have it – the option is gone.

In its place, Microsoft has introduced "Startup Repair," in the same location and may be a great feature, but it's still not as good as the option to boot from an image file.

This makes it so that Refresh is now the only image back up option and, while Refresh does reinstall everything and you can create a custom image (admittedly only currently via the command line unless they fix this) it doesn’t restore all your settings for your desktop software (email accounts, custom settings etc). So, this isn’t as overall useful as a bit-by-bit image that people have been using for decades with software like this and Symantec Ghost.

For many, this may seem like a step backward for Windows Blue, and we haven’t wrapped our heads around why Microsoft would be stripping features with an update.

Again, this is a leaked build of Blue so you should not take this at face value, anything could change before launch.