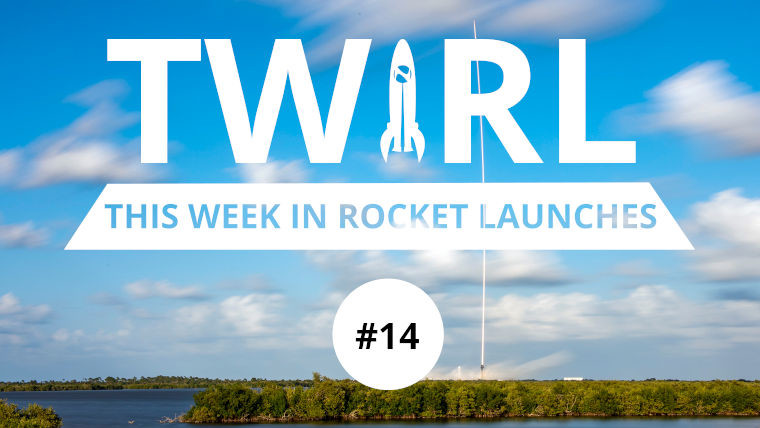 In the coming week, we could see five launches from various countries and companies including China, SpaceX, and OneWeb. The two aforementioned companies will send up some of their respective internet satellites while China will re-attempt to launch the Tianzhou-2 cargo craft which will try to dock with the Tianhe module of the new Chinese Space Station.

After outlining the launches scheduled for the upcoming week, there will be a recap section with launches and other events from the past week.

The only mission penned in for Tuesday is the Tactically Responsive Launch 2 (TacRL-2) mission which we have mentioned several times before. Now, as was the case before, the mission is marked as No Earlier Than so it may not even launch. The mission will see Northrop Grumman’s Pegasus XL rocket launch from the L-1011 Stargazer aircraft. The mission has been called a technology demonstration and an orbital launch service mission and is part of a U.S. Space Force programme.

SpaceX is set to launch a further 60 Starlink satellites on Wednesday at 6:59 p.m. UTC as part of its Starlink 28 mission. The firm launches Starlink satellites almost every week without issue although the weather does sometimes cause a launch to be delayed. The satellites will be carried into orbit on a Falcon 9 Block 5 rocket and will join in with the rest of the Starlink constellation to beam internet connectivity back down to Earth. The launch will be streamed on SpaceX’s website and a recap video will be available post-launch.

We’ve got two launches planned for Thursday, the first is a Long March CZ-3B/E carrying the Fengyun 4B geostationary weather satellite for the China Meteorological Administration and the other is the launch of 36 OneWeb satellites aboard a Starsem Soyuz 2.1b rocket.

The Fengyun 4B has been designed to collect images of storm systems, take atmospheric sounding measurements, help to create lightning maps, and observe space weather events. The OneWeb satellites, similarly to Starlink, will beam the internet back to Earth for use on aeroplanes, by governments, and more. Once complete, the OneWeb constellation may consist of 7088 satellites.

The final launch of the week will take place at the Wenchang Satellite Launch Center on Saturday at 12:56 p.m. UTC. The China National Space Administration will attempt to launch the Tianzhou-2 cargo craft to the Tianhe module of the Chinese Space Station to deliver three months worth of personal supplies for three astronauts. This supply mission is critical for China so that it can send up three of its Taikonauts to the new space station in the near future.

The first mission we mentioned last week was the launch of the Space Based Infrared System Geosynchronous (SBIRS GEO 5) satellite. You can watch the event below:

China’s ocean observation satellite, Haiyang 2D, was also successfully orbited by a Long March CZ-4B rocket, you can see a short clip of the launch footage below:

Finally, in This Week in Rocket Launch 12, we mentioned that Virgin Galactic was looking to launch the VSS Unity rocketplane but that it was marked as No Earlier Than. The mission finally went ahead yesterday (May 22). You can see coverage below: