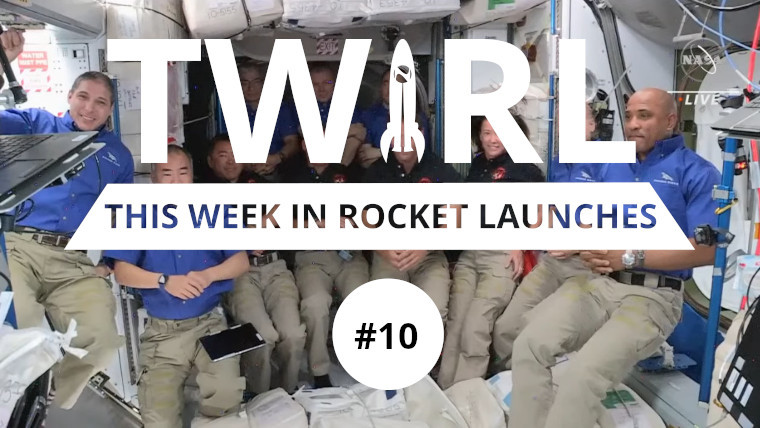 It’s set to be a jam-packed week of rocket launches with launches scheduled every day except on Friday and Sunday. One of the most important launches this week will be of the Tianhe (Harmony of the heavens) module of the Chinese Space Station which will sit in a low Earth orbit (LEO). It’s expected that the first three taikonauts (Chinese astronauts) will arrive at the station as soon as June 2021.

The first launch of the week will be conducted by United Launch Alliance (Lockheed, Boeing) which will launch classified spy satellite cargo for the U.S. National Reconnaissance Office atop a huge Delta IV Heavy rocket, the mission is called NROL-82. The payload is allegedly an electro-optical digital imaging Keyhole satellite (KH-11) dubbed Crystal 18 and has a ground resolution of up to 15 cm.

The launch will be shown on the United Launch Alliance website at 8:46 p.m. UTC.

To learn more about the flight itself, check out this ULA video about NROL-82:

On Tuesday, a Chinese Long March CZ-6 is expected to take off from Launch Complex 16 at the Taiyuan Satellite Launch Center at around 3:20 a.m. UTC carrying several Earth observation satellites including Qilu 1 and Qilu 4. We spoke about these satellites in This Week in Rocket Launches #7 explaining that they’re used for remote sensing radar and can produce detailed radar images of the Earth’s surface even if it's cloudy or dark.

The first mission is expected to launch at 1:50 a.m. UTC from Carbet Toukan, French Guiana. The mission is called VV18 and will see an Arianespace Vega rocket take the Pleiades Neo 3 and NORSAT 3 satellites into orbit. Pleiades Neo 3 is the first, not the third, Pleiades satellite to be orbited and will be joined by three more satellites later on. The very high-resolution Earth observation satellites will be able to capture images with 30 cm ground resolution. According to Arianespace, Pleiades Neo 4 will be orbited in the following Vega flight. You should be able to find a live stream of the launch on Arianespace’s YouTube channel closer to the time of launch.

The second launch of the day comes from SpaceX which is launching another batch of 60 Starlink satellites into low Earth orbit. The mission is called Starlink 24 and is set to launch at 4:05 a.m. UTC. There are already lots of Starlink satellites beaming internet connectivity back down to Earth but SpaceX is looking to eventually build the constellation to the point where there will be 30,000 satellites in orbit. You can watch the live stream on SpaceX’s website at the time of launch.

There is only one launch scheduled for Thursday but it’s definitely the most exciting of the lot. The Chinese National Space Agency will be launching a Long March CZ-5B rocket carrying the first module of the Chinese Space Station (CSS) called Tianhe into a low Earth orbit at 3:18 a.m. UTC from Pad 101 at the Wenchang Satellite Launch Center.

The Tianhe module will be joined at a later date by the Mengtian and Wentian modules as well as a robotic arm and a free-flying, dockable space telescope called Xuntian. The first three taikonauts to arrive at the CSS are expected to arrive by as soon as June and will push up the total number of people in space at any one time.

With the launch coming from China, it probably won’t be streamed live but there should be some clips from the launch posted online shortly after a successful launch.

Saturday’s flights are all marked as no earlier than which means none of them may take off. Some of the interesting flights listed include the Starlink 25 mission which will see 60 more Starlink satellites orbited, a Northrop Grumman Pegasus XL rocket could deploy the TacRL-2 mission as part of Space Force’s Tactically Responsive Launch program, and Virgin Galactic could carry out a test flight of its SpaceShipTwo rocket-plane carrying several commercial payloads. If previous weeks are anything to go by, we will likely look at these missions in a bit more depth in future TWIRL instalments.

We got some interesting news on the space front last week. For the first time, NASA flew a helicopter on the surface of another celestial body and NASA and SpaceX carried out the second successful Crew Dragon mission carrying astronauts to the space station. There are currently 11 people residing on the ISS for the next couple of days which is most likely a record for the number of people on the ISS at any one time.