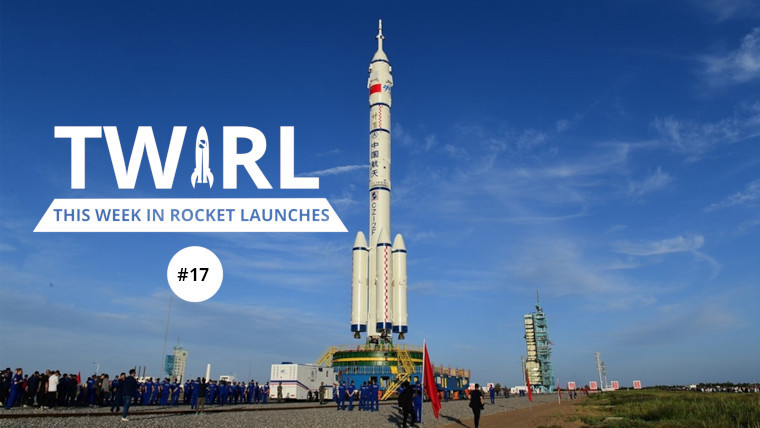 You could call last week’s quietness the calm before the storm because the upcoming week is set to be very exciting! On Thursday morning (UTC), China will launch the Shenzhou 12 atop a Long March rocket carrying the first three taikonauts – Nie Haisheng, Liu Boming, and Tang Hongbo – to the new Chinese Space Station.

The first launch of the week is scheduled to take place on Tuesday at 11 a.m. (UTC) from Wallops Island Launch Pad in Virginia, U.S. Northrop Grumman will be launching a Minotaur I rocket carrying a classified mission belonging to the National Reconnaissance Office. While details of this launch are quite scarce given its classified nature, the mission allegedly consists of three satellites. If you want to see the launch, there is a pre-event video on YouTube where you can set a reminder for when the event begins.

The first launch on Thursday will be that of the Long March 2F/G carrying the Shenzhou 12 spacecraft manned by three taikonauts. The launch is slated for 1:17 a.m. (UTC) and will take off from the Jiuquan Satellite Launch Center. Nie Haisheng, Liu Boming, and Tang Hongbo will be aboard and will be the first crew of the Chinese Space Station. After this crew launches, there will be a total of ten people in space.

The other launch scheduled for Thursday at 4:09 p.m. (UTC) is that of a SpaceX Falcon 9 Block 5 rocket which will be carrying the U.S. Air Force’s fifth 3rd generation navigation satellite for GPS. The new satellites provide better system security, accuracy, and reliability; they are all expected to have a lifespan of 15 years.

On Friday, a Long March CZ-2C rocket is expected to launch three satellites with the designation Yaogan 30 Group 09 which will perform electromagnetic detection and perform technical tests. It’s not clear what the overall mission for the satellites is but they may be used for signal intelligence purposes.

The end of the week has two launches marked as ‘no earlier than’ which means they may not actually launch this week. The two launches include Firefly Aerospace’s Alpha rocket which is set to make its maiden flight from Vandenberg AFB with several commercial payloads including the Spinnaker 3 dragsail prototype. The second launch is of India’s GSLV-F10 mission which will launch the EOS 3 satellite for India’s space agency, ISRO. EOS 3 will provide continuous remote sensing observations over India from a geostationary orbit.

While there were not many launches last week, there was an interesting astronomical event visible from some parts of the world – a solar eclipse! You can see footage of that below: