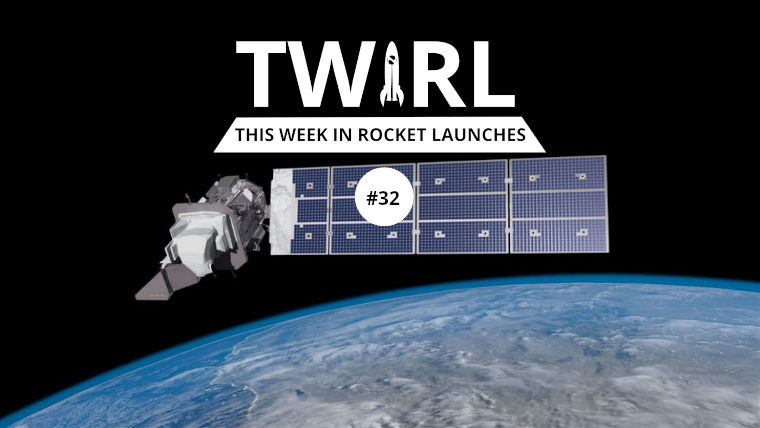 We have several launches coming up over the next week. All of the missions on the schedule this week are satellite launches and among them the most interesting is NASA’s Landsat 9, an Earth observation satellite. The Landsat program currently has two satellites in orbit, Landsat 7 and Landsat 8 which launched in 1999 and 2013 respectively. The Landsat program itself has been up and running since July 1972.

The first launch of the week is ExPace’s Kuaizhou KZ-1A rocket carrying the Jilin Gaofen 2D satellite to Earth orbit. The launch is scheduled to take off from the Jiuquan Satellite Launch Center at 6:17 a.m. UTC. If you remember us covering this launch before, it’s because we have; this year, it has been pushed back from March, April, and September 25. It will take full-colour images with a resolution of 0.76 metres over 40 kilometres.

The second launch of the day also take place in China but this time at the Xichang Satellite Launch Center. The launch of the Long March CZ-3B/E Is scheduled for an 8:15 a.m. UTC launch but it’s not clear what payload will be aboard. It’s rumoured that it could be launching a new generation of BeiDou (navigation) satellite.

The third launch of the day takes place at 6:11 p.m. UTC from Vandenberg AFB Space Launch Complex 3. An Atlas V 401 rocket will carry the Landsat 9 satellite and several CubeSats into orbit. As mentioned earlier, the Landsat program started in 1972 and has tracked the growth of cities over that time, the changing climate, and how land is used for agriculture and infrastructure.

The Landsat 9 satellite will be put into a polar orbit 705 kilometres above the Earth where it will survey the planet every 16 days. Images will cover 185km and each pixel will be 30 metres across. The satellite has been designed to last for five years but actually has enough fuel for the mission to go on for a decade or more.

The final mission of the week will take off from Uchinoura Space Center in Japan. An Epsilon rocket will be carrying the RAISE 2 satellite and several MicroSats. RAISE 2 is a demonstration satellite used for testing new technology in space. Among the MicroSats is the Debris Removal Unprecedented Micro-Satellite which will demonstrate technologies that future satellites need to remove the growing amount of space debris from orbit.

The exciting launch last week was that of the Tianzhou-3 module which was going to join on to the Chinese Space Station making station larger. The mission went ahead without a hitch, here’s the launch.

And here’s the Tianzhou-3 docking.

While three launches were scheduled last week, it looks like the Tianzhou-3 mission was the only one to get off the ground, so that’s all for this week’s recap.