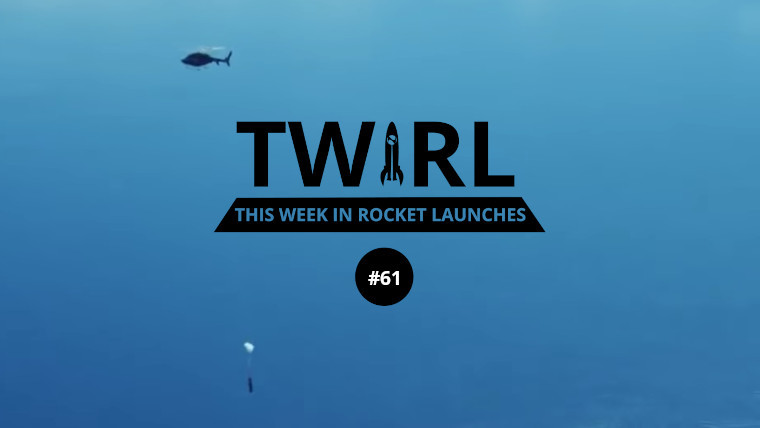 We have a fairly eventful week ahead of us with SpaceX planning one Starlink launch and a crewed launch to the International Space Station. The most unusual thing happening this week, though, is Rocket Lab’s attempt to catch the first stage of its Electron rocket using something called an air-catch recovery where a helicopter essentially catches the first stage of the rocket as it parachutes back down to the surface.

The first launch of the week is SpaceX’s Falcon 9 carrying 53 Starlink satellites to space. Together, the total weight of the payload will come in at 16.25 tonnes with each satellite weighing about 305kg. Once in orbit, SpaceX will be able to use these satellites to improve the coverage of its Starlink internet network. As always, the event will be available to watch live on the SpaceX website. The launch is set for 3:16 p.m. UTC from Cape Canaveral.

The second launch of the week, and definitely one of the most interesting, is Rocket Lab’s Electron rocket. This mission, which is called ‘There and Back Again’, will be carrying 34 commercial payloads from various customers. The most interesting aspect of this mission, however, are the plans to recover the first stage of the rocket using an air-catch recovery with a helicopter. Unlike SpaceX’s rockets which land back on the pad using the power of their engines, Rocket Lab plans to bring down the first stage by parachute where a helicopter will use a mechanism to pick it up and fly it back to the surface. This could lead to a safer and less bumpy rocket recovery.

You can see an air-catch recovery test that the firm previous carried out below:

The final mission of the week will see SpaceX launch a Falcon 9 topped with the Crew Dragon capsule. The Crew-4 Dragon mission is being carried out as part of NASA’s commercial crew program (CCP) and will see three NASA astronauts and one ESA astronaut carried up to the International Space Station. The mission is scheduled to launch at 9:26 a.m. UTC from Florida. You can watch the event via NASA’s YouTube channel on the day.

Next up, a Chinese Long March-4C carried the Atmospheric Environment Monitoring Satellite (AEMS) into orbit where it will do work to detect carbon dioxide using a laser.

Finally, SpaceX used a Falcon 9 to carry up the National Reconnaissance Office’s NROL-85 mission. The details of the satellite are classified and during the stream, SpaceX said that the NRO had asked it not to stream the upper stage after the first stage undocked.