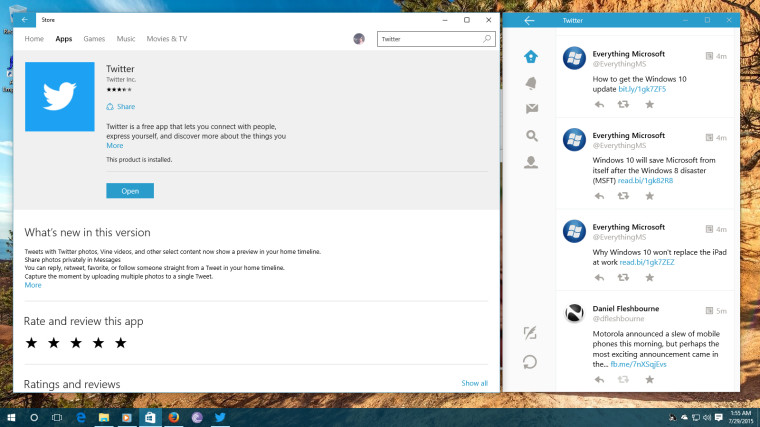 Twitter has finally updated the Windows version of its app to make it work well with the latest version of the OS, which is now rolling out to users globally.

Just yesterday, we saw leaked screenshots of the updated Twitter app developed for Windows 10 and now the update is live in the Windows Store. Apart from bug fixes and improved stability, there are many small features included in the app that were introduced by the company on other platforms several months or even years ago.

The changes mentioned on the Windows Store listing are as follows:

Windows 10 users can grab the update from this Windows Store link or through the store app directly.