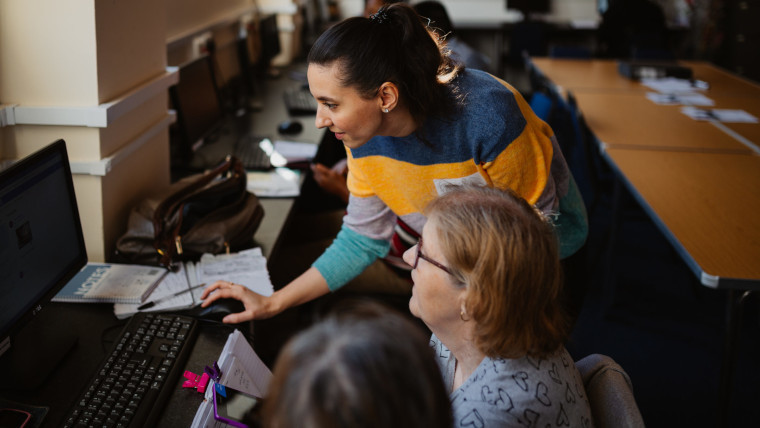 Workers in the UK are missing out on £5.69 billion in wages each year due to a lack of technical skills, according to a study carried out by Virgin Media O2. It found that five million people in the country were unable to do simple tasks such as send emails and that aside from the lost wages, the UK economy was also being hurt to the tune of £12.8 billion.

Of those surveyed, 34% of respondents said they felt their lack of technical knowledge held back their earning potential and 31% believe they missed out on a promotion or pay rise due to a gap in their technical skills. To help people like this, Virgin Media O2 is teaming up with the Good Things Foundation to provide people with free digital skills classes as part of Get Online Week, which runs between October 17 – 23.

By taking part in the scheme, people will learn to do tasks such as word processing, sending emails, and accessing important online services such as banking and medical appointments. Commenting on the opportunity, Nicola Green from Virgin Media O2 said:

“With the cost-of-living crisis deepening and Brits facing rising bills, it’s more important than ever that people can gain vital digital skills, so they can apply for better-paid jobs and increase their incomes while boosting the UK’s economy by almost £13 billion.

Together with Good Things Foundation, we’re hosting free digital skills masterclasses in community centres across the UK to improve the nation’s digital skills, as part of Get Online Week.

It’s part of our ambition to upgrade the UK, where we’re committed to improving the digital skills and confidence of two million people by the end of 2025.”

Further findings from the study found that 21% want to improve their digital skills, so they can get a higher paying job in response to the cost of living crisis, 29% said they wanted better online skills so they could shop around for better deals to save money, and 44% said a lack of digital skills affects their mental health as they struggle to book online appointments or apply for welfare.