Believe it or not, there is a small and devoted group of Blackberry refugees out there that still swear by physical keyboards (PKBs). So much so that even an old Blackberry Key2 can fetch upwards of $350 used. That device is now 4 years old and runs Android 8. Throughout 2020 and 2021 there was a lot of buzz surrounding a new Blackberry device by Onward Mobility. While we never got to see what they were working on, those dreams were dashed by the end of last year. It was confirmed there would be no new devices carrying the Blackberry name.

During this time, a new contender in the PKB space entered the fray. Unihertz debuted the Titan, a massive, Passport style device that was so thick and huge it could probably have survived a nuclear blast. That device was, well, divisive. Some loved it, but others complained about its unwieldy size and voiced their want for a successor to the more compact Blackberry Classic or Key2. That led to the Titan Pocket. While not without issues, it made great strides on the keyboard front. The keyboard itself is satisfying to use, but the 3.1” square screen does not lend itself very well to modern apps. Here's a shot of my unit with a mouse for scale (sorry Linus, I don't have a banana). 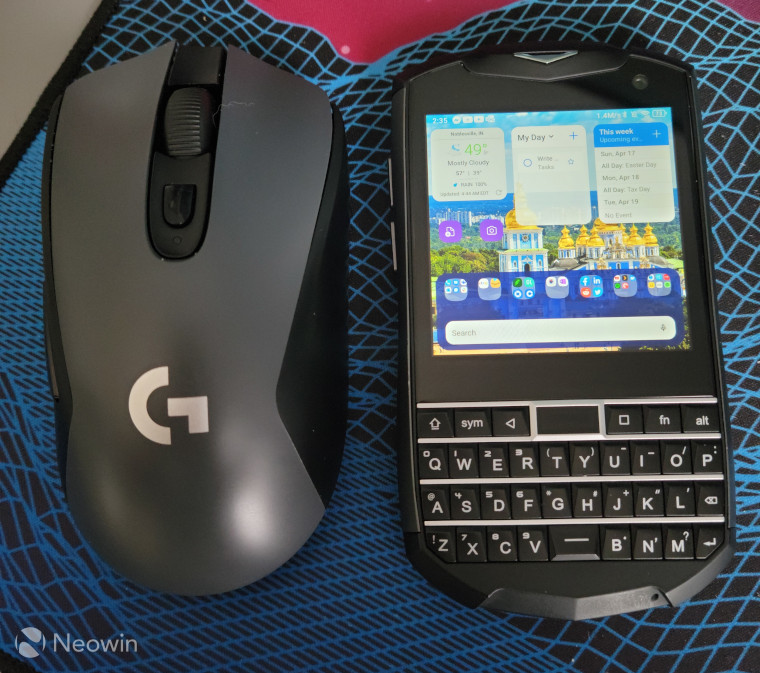 Enter the Titan Slim. I will not hold back here… As a Titan Pocket owner, I nearly did a backflip when I saw Unihertz’ dark silhouette tease for the device last week. Unihertz showed us a clone of the Key2, which arguably strikes the best compromise between the PKB and widescreen worlds. It pairs a 3:2 display with the same keyboard layout as the Pocket. While some would argue about the spacebar placement, it’s worked well for me in practice.

But this is not about whether or not physical keyboards make sense, or if this device is relevant in 2022. This is for the keyboard warriors who already know what they want. The honest ones already know that typing is slower on a PKB. But those same people also know that once a layout has been mastered, less mistakes are made, which is faster overall. This article is about a failure to deliver on a promise.

What was the promise? Firstly, the biggest complaint about the Titan Pocket was its rugged exterior. It’s honestly every bit as tough as the original Titan, but with that toughness comes an incredible about of chonk. It’s a thick boy, and while it does indeed fit in a pocket with ease, it looks like it belongs on a job site – not on a desk. While Blackberry refugees have been clamoring for new PKB devices, they’ve been asking for them to be thin and sleek like the Blackberry of yesterday. We thought that’s what we were getting with the announcement of the Titan Slim, but after yesterday’s unboxing video by Adam over at TechOdyssey we know that’s not the case at all. Adam is probably the world’s pre-eminent PKB YouTuber, followed by Stevelicious (who thinks this phone needs a salad), and that has earned him some special privileges. As far as I can tell, he is the only person on the web to show this thing off and I think he’s doing everything he can to protect that privilege (rightly so). Normally he would show how it compares to other devices, and I think this go ‘round he was reticent to compare it directly to the Titan Pocket because if he did it would confirm what I think is true; the Titan Slim is not slim at all and it’s every bit as think as the Titan Pocket. 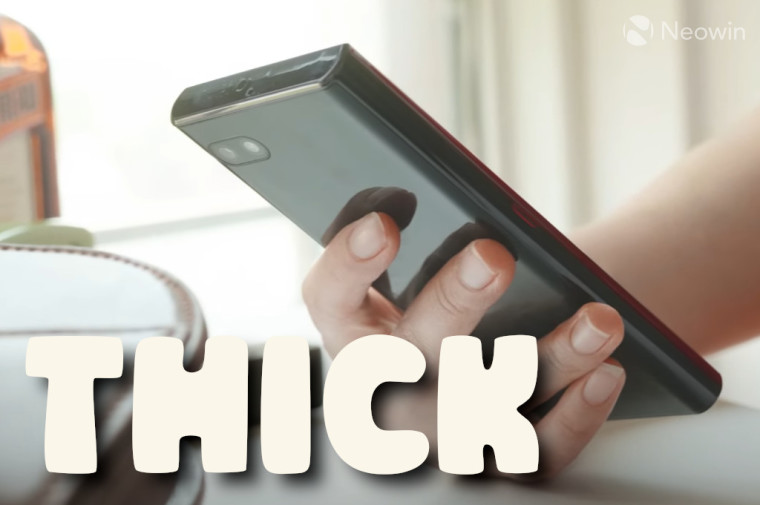 The drama doesn’t end there I’m afraid. There is a review embargo on this device, so there are a lot of details Adam didn’t talk about, like performance characteristics. Last year’s Titan Pocket was powered by the Mediatek Helio P70. While it’s no rocket ship, I can confirm firsthand that it’s more than serviceable for most needs. I have no trouble at all running any application. I never have to close anything to increase my phone’s performance, picture-in-picture video works fine (though a bit small), and more. New year, new phone, new CPU right? Wrong. I wondered what CPU the Titan Slim would ship with and it took less than a minute to figure out. I went over to Geekbench and found it had already been tested. Unfortunately, the Titan Slim will ship with the same CPU as last year’s Titan Pocket. What's worse is the Helio P70 in the Titan Slim is comparable at best to the then-mid-range Snapdragon 660 of the 2018 Key2. 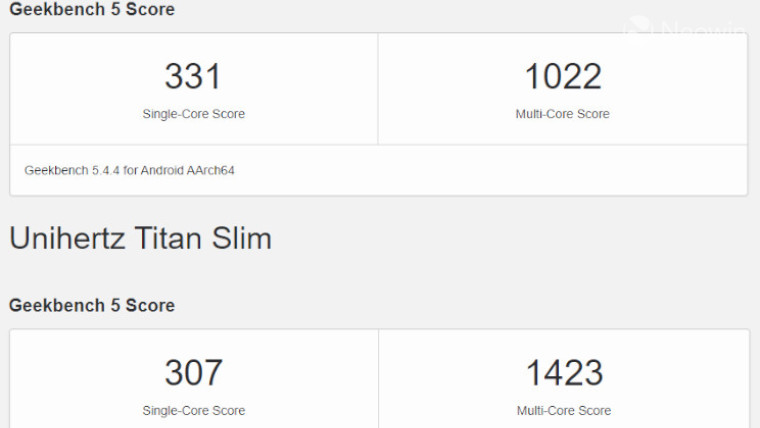 When I shared this information with the Titan Pocket Facebook group yesterday it got a lot of attention. So much attention that as of the time of this writing, Unihertz has REMOVED the post from their Facebook group. Clearly, they are trying to put a lid on it, and even today there isn’t any significant chatter about the phone’s internals. Is having an old P70 a real problem? Not on the surface, but what about the longevity of this device? Unless there is a major surprise on the way, I think Unihertz would be smart to cut their losses on this one and start fresh.