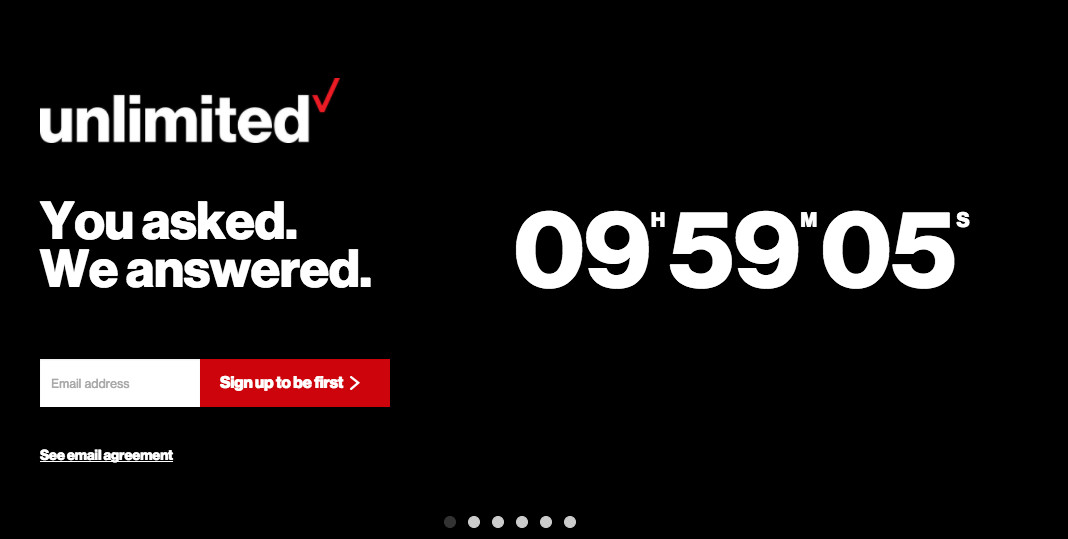 It has been quite some time since Verizon dumped its unlimited data plan for smartphones, but it now looks like the carrier will be bringing back the unlimited plan this coming Monday.

In 2011, Verizon made it clear to customers that if you wanted data, you were going to pay for it in increments. While the plans have changed and evolved over the years, there was never an affordable option for those that used a lot of data. Some have managed to retain their old unlimited data plans, but have done so with many sacrifices. Oddly Verizon's reintroduction of unlimited data comes right before the company plans to purge those using an extreme amount on grandfathered plans. Verizon did state that the new plans could be throttled after 22GB of data usage, if there was network congestion.

Verizon's new plan will offer users unlimited data on a smartphone or tablet, plus calls and texting to Mexico and Canada for $80. There will be a multiple line option that will offer all the previously mentioned features at $45 a line when activating four lines.