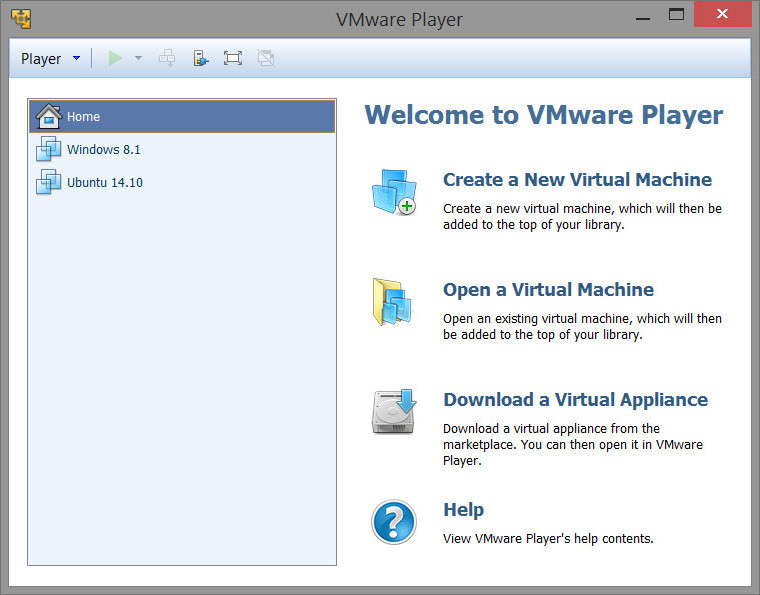 Support has been added for the following operating systems:

The following features have reached end of life in Workstation 12 Player and have been removed: