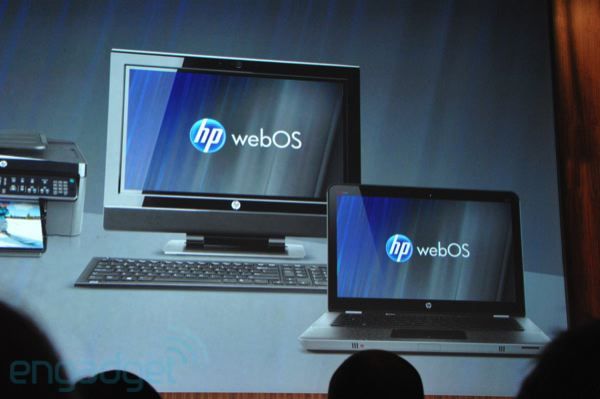 webOS, Hewlett Packard's mobile operating system which is built on the Linux kernel and was initially developed by Palm, will also be coming to the PC, according to Engadget. The company said on the final note of their "Think Beyond" presentation that it's thinking beyond today and intends to take webOS to "other connected devices, including printers, and some form factors you haven't seen before." Understanding how the OS will fare across devices from the basic Laser Printers to full blown PCs has yet to be explained, but HP promises to share further details as the year goes on.

Yesterday, prior to the presentation, HP inadvertently leaked on its own website products that will be shipped with webOS. According to the drop-down under the “Deals and Offers” page on the HP website, three devices, the HP Veer, Pre3 and Touchpad were clearly listed as new webOS devices. The leak was later plugged for US connections, but reappeared after the presentation.

Last year HP dropped its support for Microsoft on its line of MediaSmart Servers and reportedly assigned its Windows Home Server development team to webOS. HP became the curator of webOS when it acquired the platform from Palm in 2010.

The full "Think Beyond" presentation video is available for viewing below.