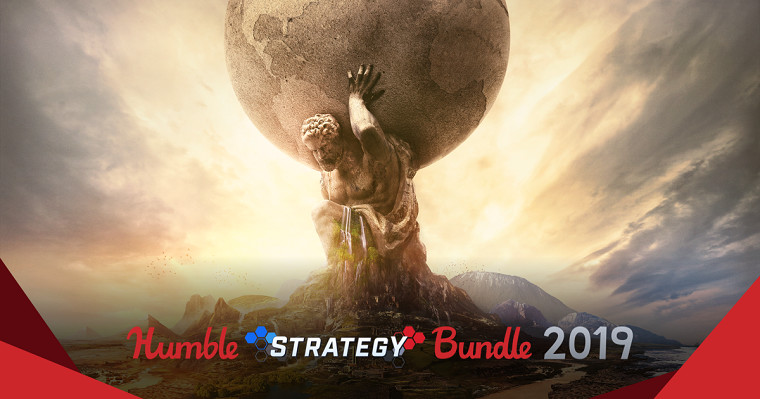 It's been a pretty good week for the Humble Store, introducing a couple of new bundles and kicking off another giveaway. Starting things off is the Humble Strategy 2019 Bundle, a four-tier mega bundle that carries eight strategy hits.

For a single dollar you can grab Ashes of the Singularity: Escalation, Throne of Lies, and Niche plus its soundtrack. Beyond that, opting for the $9 tier adds on Stellaris and Plague Inc: Evolved to the selection.

Interestingly, the bundle's pay more than the average tier is sitting close to $9 as well currently, which brings you Dungeons 3, Offworld Trading Company and its Jupiter's Forge Expansion Pack. And finally, Firaxis Games' Civilization VI base game arrives with the $15 ultimate tier.

Meanwhile, If you're a fan of what THQ Nordic has been gathering up lately, the new Build Your Own Bundle by the publisher may be right up your alley. You may find yourself scrolling a little to find games you like, but purchasing three or more titles increase the discount that is applied to the already on-sale games.

As for the freebie, you have until Sunday at 10am PT to grab a free copy of Codemasters' GRID 2 from the Humble Store. There is a chance of Humble's stock of giveaway keys ending before then, however, so be sure to grab a copy and attach it to your Steam account post-haste. 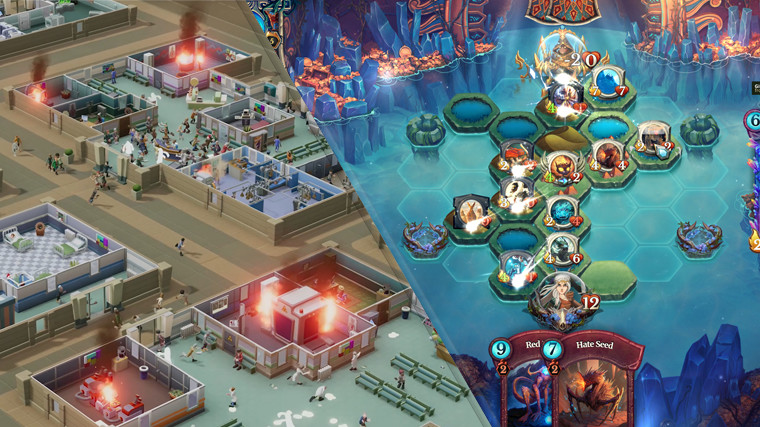 Two games have gone free-to-play temporarily on Steam this weekend hoping to attract some new souls. Moreover, there are some developer tools to try out for free too.

The management title Two Point Hospital is up first, created by the minds behind the original Theme Hospital, this game puts you in charge of building up and maintaining hospitals while curing various comical illnesses.

Faeria, on the other hand, is a mixture of collectible card game and board game genres, and although you won't have enough time this weekend, the studio boasts that all of the cards can be collected in less than 50 hours of playtime without additional payments.

If you're interested in dabbling in some game development, then have a look at RPG Maker MV, Pixel Game Maker MV, and Visual Novel Maker's Steam free weekends. What they can accomplish should be pretty self-explanatory from their names

Last week EA put its repertoire of games on sale at Origin - which is still ongoing by the way - and this weekend its Ubisoft and Sega's turn to do the same, with sales from the two companies popping up on Uplay and Steam among other stores. Meanwhile, Fanatical is having a spring sale, and you can get an additional 10% discount on games with the code FANATICAL10.

Along with those, see what we've gathered for you this weekend in our Big Deals list below.

And here are some highlights from what the GOG store has put on sale this weekend from its DRM-free coffers.