If you haven't been following the Android scene as thoroughly as we have, then you might want to know some of the rumors and things we have learned about Samsung's new flagship device. The first thing we have learned is that the device's supposed design (pictured below) was outed about two days ago. 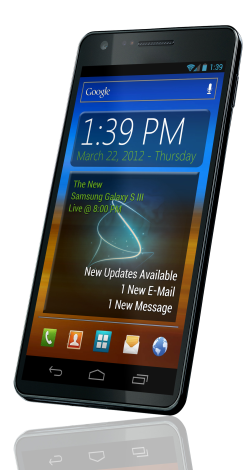 Phone Arena received an anonymous tip that contained the above high-resolution render of the supposed Galaxy S III. However, due to no other sources or anything to compare the device to - it could just potentially be a leaked Galaxy S II Plus render. Nevertheless, it seems to boast similar touch-buttons to the Galaxy Nexus and the design is similar to designs of past Samsung smartphones.

The latest speculation for the device's release seems to point to June. However, Samsung has said it will happen at a separate Samsung-hosted event and not at a trade show like CTIA Wireless.

Rumored specs of the Galaxy S III include:

Contrary to all the rumors we've been hearing, Russian blogger Eldar Murtazin also tweeted that the designing phase of the device was complete and that the device was already heading towards production. He also emphasizes how pre-orders from retailers are at an all-time high. Mirtazin also ends the tweet by mentioning the ceramic casing that we listed above.

Today a picture was spotted on Picasa from a device with the model number GT-I9300 – which is very likely to be the Galaxy S III model number. From what we can understand, the resolution of the picture is 3264 × 2448, which suggests an 8.1 megapixel camera. The picture was quickly removed from the site but luckily for you guys, we grabbed it. 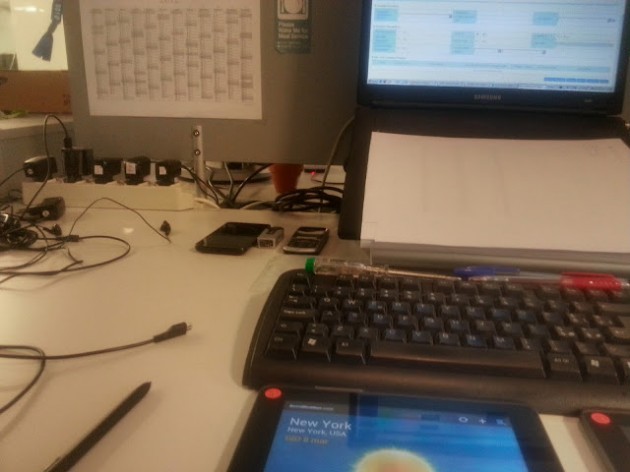 Update: Someone from Weber Shandwick, one of the worlds largest PR companies has accidently leaked what appears to be an early advertisment poster for the Galaxy S III. From the image, we can now confirm that the device will finally have a camera shutter button. The design does match previous rumours, however, the previous image of the device we posted may still well be a more recent design for the device. This poster is apparently just a mock-up. 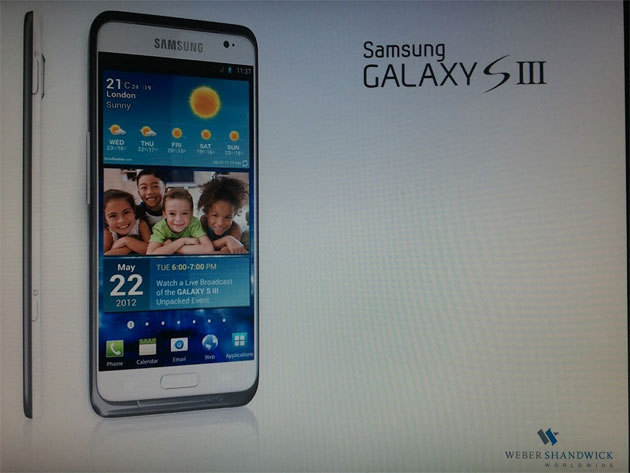 The news feeds and comments over various websites are going crazy over this device and from our information; we have learned that retailers are frantically following suit. Are you guys interested in the rumors so far and if they happen to be true; will you buy it?