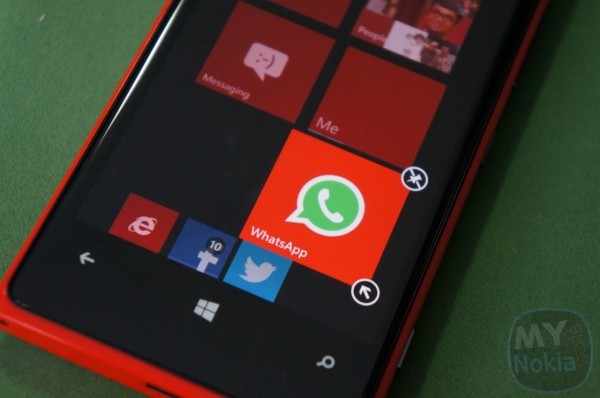 After what must have seen like an eternity to most of its users, WhatsApp has finally updated its Windows Phone app.

We first saw a leaked beta version of the new app a few months ago and back then it seemed to bring a lot of desperately needed improvements. Now that the final version is in the Windows Phone store we get to test it out and see what has changed.

As promised, the app no longer uses the music streaming API to check for messages. In other words your music queue doesn’t get affected when you get a WhatsApp message. This has been a major grievance for many Windows Phone users and it’s good that it’s finally fixed.

Secondly, notifications and messages now work properly, so no more delayed messages and receiving the same notifications over and over again. These issues had made the app a constant frustration to use so users will undoubtedly be happy about this.

Finally the API change and other upgrades have made the app dramatically more battery-efficient. Many Windows Phone users know that WhatsApp used to be a very effective way to kill your battery in a matter of hours so this comes as great news.

Using the app during the past day we’ve seen battery life improvements on a number of devices, ranging from “decent” on the HTC 8X to absolutely stunning on a Nokia Lumia 920 that seems to have effectively doubled its battery life while using the new WhatsApp.

There are a few other notable improvements including better support for HD screens and fast app resume when receiving a notification. All in all this is a major update and a welcome one so be sure to head to the Store and hit the update button.