The first public update of WindowFX in over a year is now available. WindowFX is a program that adds special effects to Windows including:

· Change the desktop icon size to 48x48 while leaving the rest of the Windows icons their normal size.

· Window dragging effects (windows can sway and rotate as they are dragged on the screen). 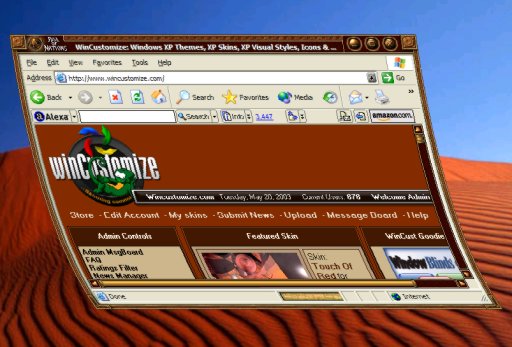 WindowFX takes advantage of the hardware acceleration on modern video cards. The performance will vary depending on the quality of the video drivers. For example, on an ATI Radeon card with the latest drivers, these effects are done almost completely by the video hardware so that the computer isn't "slowed down" by the effects.

Version 2.12 enables a bunch of effects to be tried out in the free version and incorporates the window dragging features.

A video of WindowFX in action can be found here: