Last week, a video was published revealing details of a new build of Windows 10. Today, it seems that that build has now leaked completely, and is being shared online. 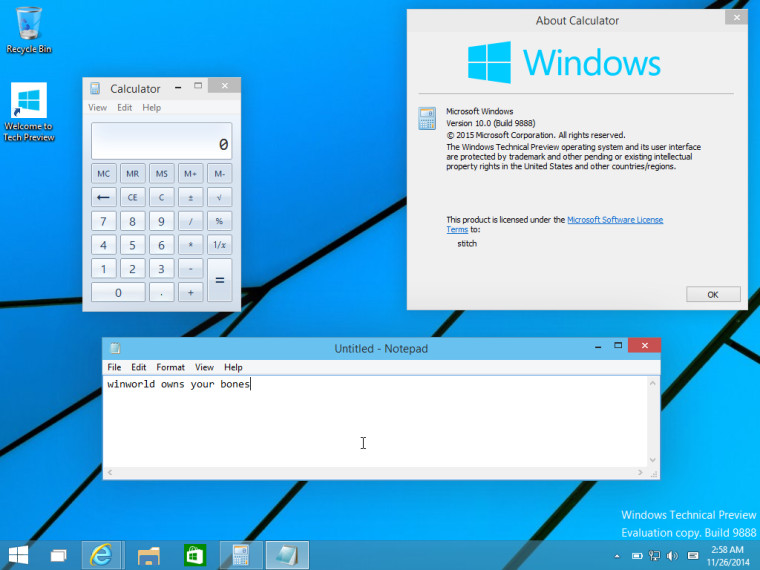 Screenshots of the build have been posted to MDL forums.

WinBeta reports that build 9888 is now appearing on various unnamed file-sharing sites. The new build is not intended for public consumption, and will not be supported by Microsoft, so we don't recommend installing it - indeed, it is possible that Microsoft may not offer a direct upgrade path from 9888 to future public builds of the Windows 10 Technical Preview, so if you do decide to install it, you'll be doing so entirely at your own risk.

Among the new features in build 9888 are new animations, better organized context menus and a new default applications for settings.

The most recent official build of the Windows 10 Technical Preview, made available via the Windows Insider program, is build 9879, which was released last month. A new public build is not expected to arrive until next year.