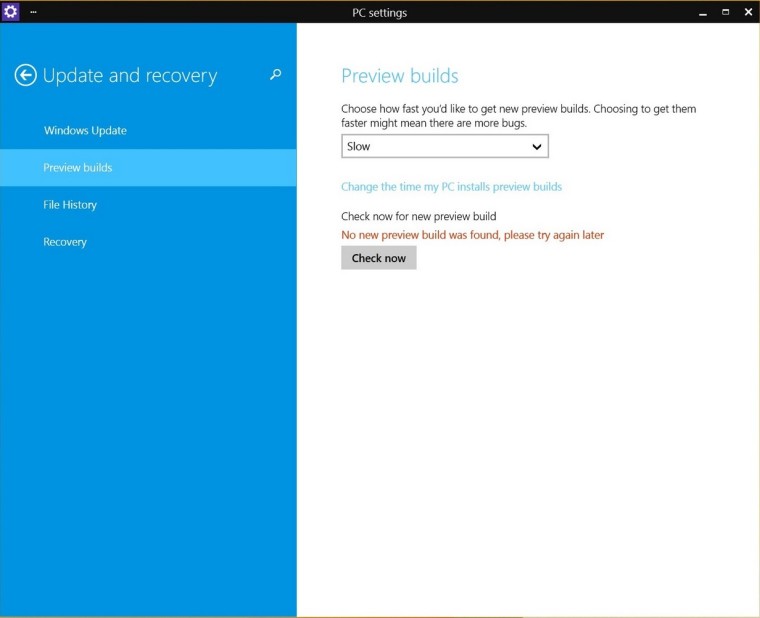 When Microsoft released build 9860 of Windows 10, they announced a new 'slow' and 'fast' release cadence that allows you to determine how quickly you want to receive builds of Windows 10. The difference is that those in the 'fast' ring are willing to accept the faster builds knowing that there could be significant bugs or other issues that make the build unstable for being among the first with the new features.

The 'slow' ring is for those who want to try out the new OS but want a bit more stability with their install. Seeing that 9879 hit the 'fast' ring a few weeks ago, it gave Microsoft time to fix a BSOD issue before pushing it out to 'slow' ring users. After the hotfix went live yesterday, it was only a matter of time until 'slow' ring users got their hands on the build which occurred last night.

But how many users are in each group? While Microsoft had previously said that they had over one million users sign up to test Windows 10, they have now revealed that about 10% of those testing Windows 10 are in the 'fast' deployment cycle.

The number, while at first seems a bit low, makes sense as 'slow' is the default and unless you change your ring setting. This means that if selected the 'fast' ring, you truly are on the bleeding edge (aside from internal canary builds) when it comes to using Windows 10.

This is a small bit of information, but does show how the real-world looks at beta testing. While enthusiasts sites, such as this one, typically have more 'fast' ring users, the rest of the world would rather have stable releases rather than new features.