As we get closer to the public release of Microsoft's Windows 11, the company has begun rolling out the various redesigned and updated applications to its Insider channels. For example, a couple of days earlier, the new Photos app headed out to the Beta and Release Preview channels, and earlier today, the firm announced that its popular Paint app's revamped version has begun rolling out to Dev channel Insiders. Hence insiders who are currently flighting the Windows 11 Dev channel build should be on the lookout for the new Paint app on their systems.

Microsoft's Panos Panay had earlier teased the forthcoming application and we had already known from it that the new Paint is getting a design change to match with Windows 11's general theme of rounded corners and the Mica material look.

According to Microsoft, the most striking change in the new Paint app is the revamped toolbar that has now been simplified "with updated icon designs, a rounded color palette, and a new set of drop-down menus for tools such as brushes, stroke size, and flip/rotate controls". A new text tool has also been added. 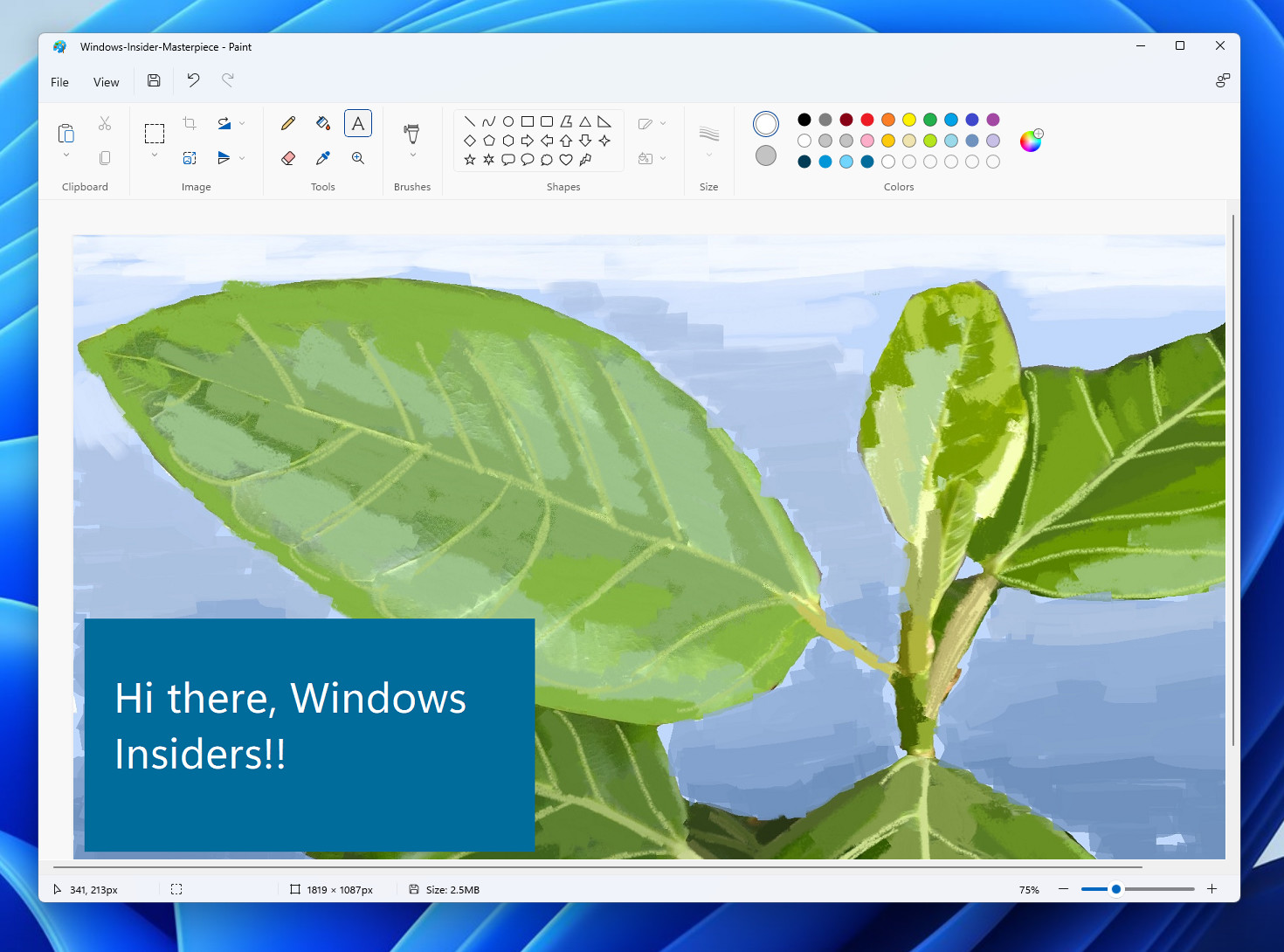 That's not all, the Redmond firm says, as future updates to the new Paint app will bring "dark theme, a centered canvas, and updated dialogs" as well as general improvements depending on user feedback.

You may find more details in the official blog post here.