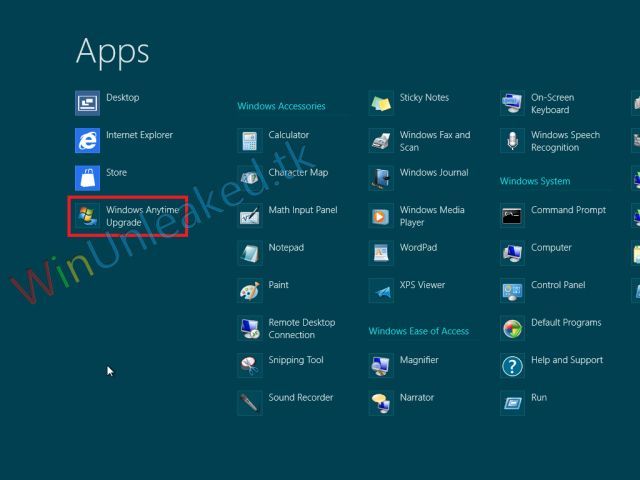 We have already reported that the website WinUnleaked.tk has apparently managed to get a hold of a leaked internal build of Windows 8 and has revealed some information about that build along with some screenshots. Today, the site has posted up even more screenshots from this version of Windows 8, including word that one of the SKUs that will be available will be called Windows 8 Pro.

This is apparently the new name for what has previously been called the Professional version of Windows, although it is subject to change before the platform hits retail. The article claims that Windows 8 Pro has Windows to Go installed and also temporarily installed is the old bootscreen from the September released Windows 8 Developer Preview. The article also claims that the Windows 8 Pro SKU uses the M3 EULA and the Microsoft Confidential Winver branding, although both are likely to be temporary as well.

This build also does not contain Windows Media Center, although the article says this could be added back when the platform hits RTM.

Finally, the article notes that Windows 8 Pro has a feature in its UI that allows anyone to upgraded at any time to a more advanced SKU build, although this is not exclusive to Windows 8. The site promises to show more Windows 8 SKU versions in a future post.