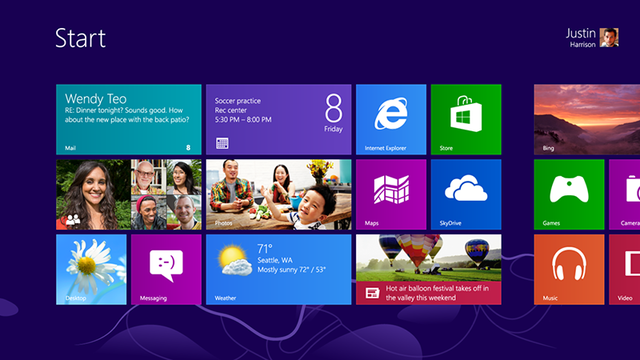 It's Metro, it's divisive, it's Windows 8 - and it's had a lot of testing to reach this point.

Microsoft didn't pump out an operating system and call it a day - at least not according to the new figures they've released. According to Steven Sinofsky, president of the Windows and Windows Live division, testing took place in 190 countries.

Between the 190 countries which tested Windows 8 pre-release, 1,240,000,000 hours were spent playing with the new system. If you'd like that in minutes, it's 74,400,000,000 minutes and yes, that is quite a lot of time indeed. Plus, that probably won't count the unofficial leaks people weren't meant to access, so the figure could be higher again. Granted, it won't be another billion added on, but it's still a mind-boggling statistic.

Sinofsky wasn't kidding when he pointed out that no other product in the world can boast of having had as much testing done pre-release as Windows 8. That's pretty special, but it would need to be if it wants to beat Windows 7's roaring success. More than half a billion Windows 7 licenses were sold since the OS released.