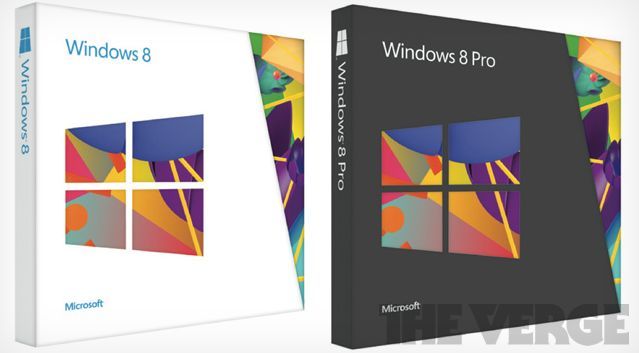 Microsoft revealed the new logo for Windows 8 several months ago, showing a highly stylized window in place of previous Windows logos that tended to look more like a waving flag. Today, the final design for the box copies of Windows 8 and Windows 8 Pro found their way to the Internet and shows that the new logo is heavily a part of its graphics.

You can expect to see both the Windows 8 and Windows 8 Pro boxed copies in retail stores on October 26th. The ARM version of Windows 8 and RT, won't be released as a separate product and will only be available with the purchase of a new Windows RT-based hardware device.