A few weeks ago, rumors hit the Internet that Windows Phone 8.1 will allow for users to customize their Start Screen so they can install their own background images for the Live Tiles in the OS. Now there's actual screenshots that show off how this new feature will look. 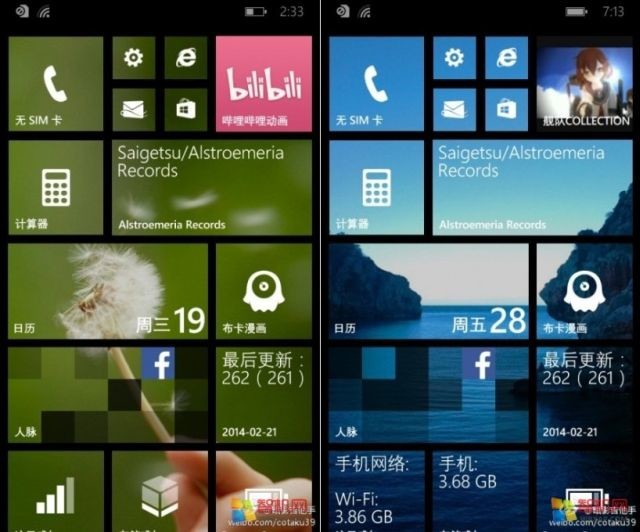 Windows Phone Italy posted up the screenshots, which were originally found on a Weibo account in China. As you can see, the Start Screen allows desktop wallpaper-like images to be placed in the background of the Start Screen. That's because the screen can be set to offer a transparent look, which allows for any image to be put behind the Live Tiles.

While there's an outside chance that this feature might not make it to Windows Phone 8.1 (the OS has yet to reach the RTM stage) we think that it will be included in the final package and that it will be a welcome addition for Windows Phone owners. Microsoft has still not confirmed anything about Windows Phone 8.1 but the company is expected to make the update official as part of its 2014 BUILD conference announcements in early April.