A common complaint among Windows Phone owners has been the lack of hotspot/tethering support in Windows Phone 7. According to Microsoft until this point, Mango was not going to include the functionality. However, it appears the company was trying to keep some tricks up its sleeve, with fully-fledged support being spotted in RTM builds.

According to WPCentral, the feature is built into Mango build 7720 and is built into the settings under "internet sharing" as shown on a device picture obtained by WPCentral. 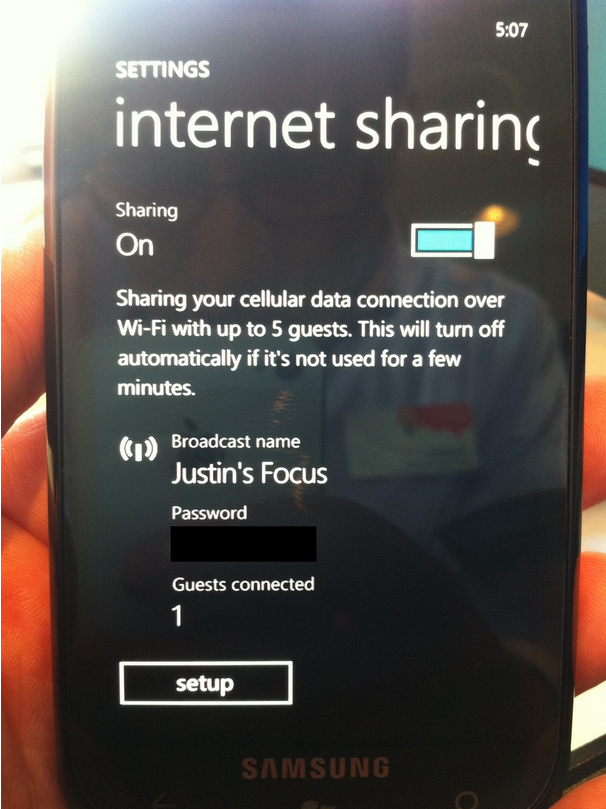 The user says that the good news is it "works like a charm" but it has extremely bad effects on the battery, as one would expect. We're hoping this isn't disabled by carriers, but it's likely it'll be up to them to allow it. Hopefully the addition of the feature should keep most Windows Phone 7 users happy, and even entice more away from Android and iOS.

Mango is the major update to Microsoft's Windows Phone 7 platform, which brings major new features such as multitasking, IE9 support, deep social networking, integrated chat and more. The RTM software is expected to be available to retail devices in the next few weeks, and new Mango hardware is releasing around the world slowly, with Fujistu releasing the first handset today.