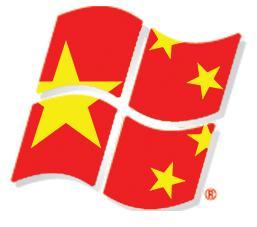 Windows Phone is digging a trench through the mobile marketplace and is backfilling with happy consumers. If you have been rooting for the mobile platform, China is your inspiration as the platform is off to an exceptionally strong start in that country.

According to Microsoft’s Michel van der Bel, COO of Greater China Region at Microsoft, in a short two months, Microsoft has carved out a 7% cut of the Chinese market (via Emerce.nl). That may not sound like much, but considering the iPhone only has 6%, it is something to get excited about.

It is a small victory but it would appear that Microsoft nailed the strategy for the Chinese market and is aggressively climbing the marketshare ladder. Microsoft acknowledges that it still has work to do on the application front for China but currently has 2500 people in its R&D department working on that front.

Call it a small victory, a gigantic win or whatever fits your palate but Microsoft is doing exceptionally well in the short amount of time it has been selling Windows Phone in that country.

Moving forward Microsoft will have to contend with Android, which currently dominates the Chinese market with a 69% share of control. While it is a daunting figure, with two months and 7% of the market, it seems nothing is impossible for Microsoft.

Windows Phone has been slowly gaining in the US and other parts of the world as Microsoft continues its comeback story to the mobile arena. With Windows Phone 8 right around the corner, this is one small beacon of light in a long journey for the software company.

Thanks for the tip Wiltkins!