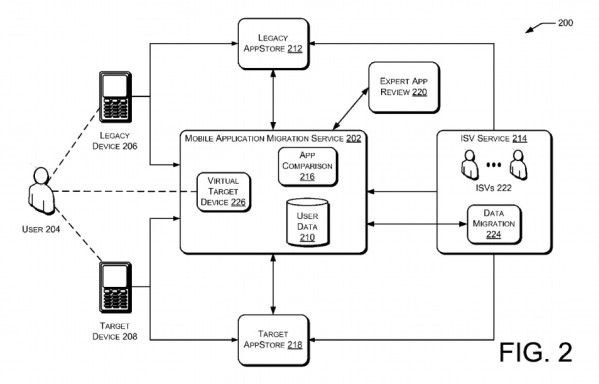 The Windows Phone Marketplace has seen a big surge of activity in the past few months as more and more app developers are making software for Windows Phone devices. However, the Marketplace still lags behind the iOS App Store and Google Play for Android in terms of the sheer number of apps available. Now a newly revealed patent from Microsoft could, in theory, solve that problem.

The patent application, filed in November 2010 but publicly revealed a few days ago, (via Unwiredview.com), describes the proposed software. It would scan the apps off your old smartphone, such as an Android device, and then look for the same apps in Windows Phone Marketplace.

The patent application also suggests that software could be made that would transfer the data from apps from another operating system to a Windows Phone device, although it's not clear how this would work.

Microsoft frequently files for patents that end up never being developed as full products, so it's possible that this smartphone app migration software may never see the light of day.