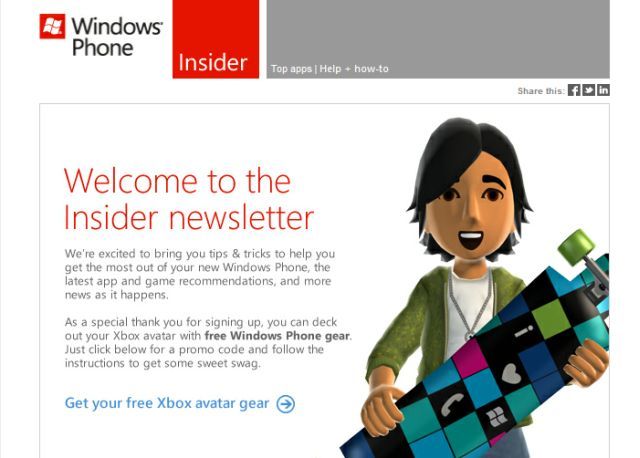 It seemed like a good idea at the time. Microsoft wanted people to sign up for a Windows Phone email newsletter. To give people an extra push, the sign up offer came with the promise of a code they could use to get a free Windows Phone-themed Xbox Live avatar prop; a longboard, to be more specific.

Apparently, some people think that this free Xbox Live avatar prop is actually worth something. Microsoft's Windows Phone blog admits that one or more folks decided to gum up the promo. The blog site states:

We thought it was a cool little incentive. You guys did too, given the number of new signups we saw, and apparently others agreed – it showed up on a variety of sites. Then, someone abused the system, and ended up reserving all of the remaining codes for themselves so that actual users were left in the dust and when some people tried to get their avatar gear, it was already taken. We even saw the codes show up on eBay.

Indeed, we found an example of that practice very quickly as someone is trying to sell one of these codes for close to $10 (although to be fair, this eBay seller could have gotten the code legitimately). Microsoft now says it will be making things right for those people who signed up for the Windows Phone newsletter wanting to get some kind of Xbox Live avatar prop. The blog states:

If you signed up for the newsletter (thanks, BTW!), got the invite for the gear and weren’t able to redeem your code, we will be making it right: we will send you a code in the next few days for a different prop (a Windows Phone foam finger). 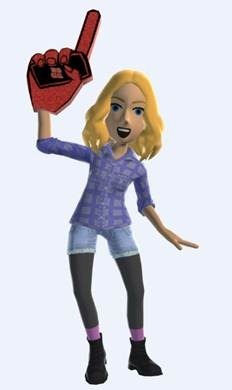