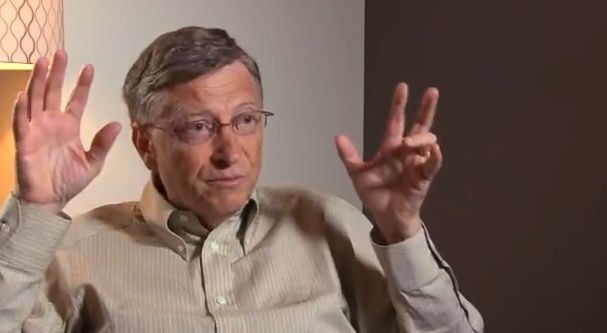 Bill Gates has been an extremely wealthy man for some time, but since 2007 the co-founder and chairman of Microsoft has only been the second wealthiest man in the world. Mexican telecommunications mogul Carlos Slim has been on top for the past several years. Today, that changed.

Bloomberg reports that, according to their own Bloomberg Billionaires Index, Gates has once more taken the title of richest man in the world. The index estimates that Gates' personal wealth is now $72.7 billion, which is now ahead of Slim who has a net worth of "just" $72.1 billion.

The reason for Gates' rise to the top is in part due to the rising stock price of Microsoft, which reached a five year high at the close of trading today. Gates also owns stock in other companies that have seen their share prices go up this year, such as the Canadian National Railway Co. and Republic Services, which deals in waste collection. Gates' net worth has gone up $10 billion so far in 2013, while Slim has seen his worth drop by $2 billion.

Gates has pledged to give the vast majority of his money away to charity through the Bill and Melinda Gates Foundation. Indeed, as he stated in an interview earlier this year, "I’m certainly well taken care of in terms of food and clothes. Money has no utility to me beyond a certain point."