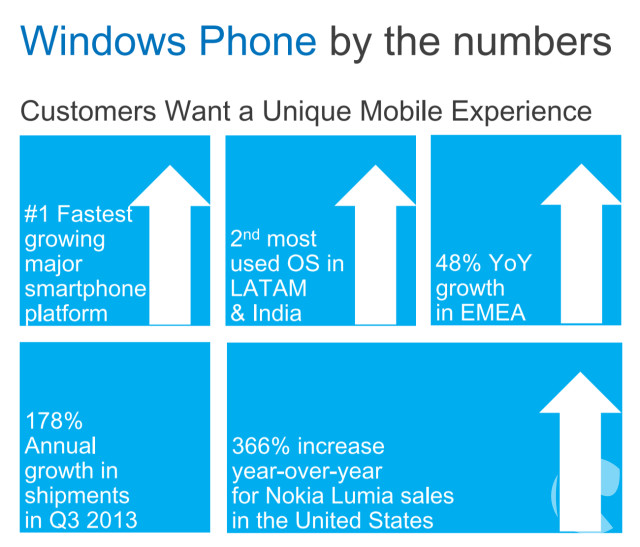 The numbers, while still well behind the number of downloads on the iOS and Android platforms, shows that there a measurable amount of increased activity on the Windows Phone app front compared to the past few years. The stats include word that 10 million Windows Phone app transactions occur each day.

The company also stated that since the launch of Windows Phone 8 a year ago, the amount of monthly app revenue that's generated has gone up 181 percent, while overall app downloads have gone up 290 percent. Specific numbers were not revealed, but Microsoft did indicate that about 190,000 apps are in the Windows Phone Store and 500 new apps are added to the store each day.

The numbers are definitely encouraging and shows that Microsoft has a good chance of increasing its ecosystem market share against those of Apple and Google. The big question: Will that trend continue after Microsoft fully acquires Nokia's smartphone business, which has generated the lion share of Windows Phone hardware sales?