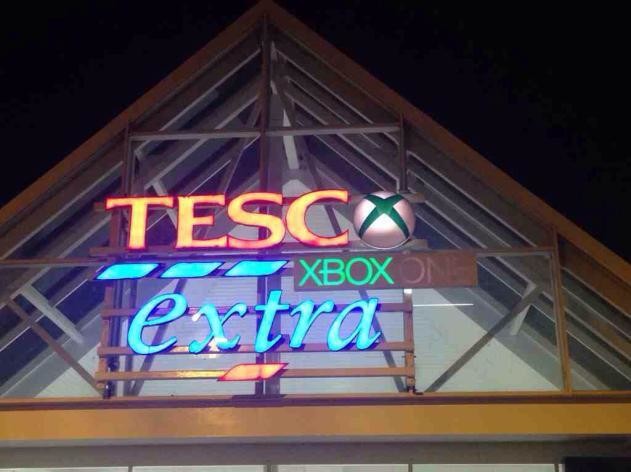 As we get closer and closer to the worldwide release of the Xbox One on Friday, more retailers are informing customers they will have a limited extra supply of Microsoft's next generation console for sale for the launch. One of them is Tesco, who has announced that over 100 of its Extra branded stores in the UK will get additional units for sale.

Tesco's press release states that the consoles will be sold on a first-come first-served basis. There's no word on just how many units will be put up for sale at each location. Ten of their Extra stores will have their outdoor sign altered for the occasion with the Xbox One logo, as shown above from the Blackpool location.

Microsoft previously announced that its Microsoft Store locations in the U.S. and Canada will have a limited number of extra Xbox One consoles for sale at midnight Friday.