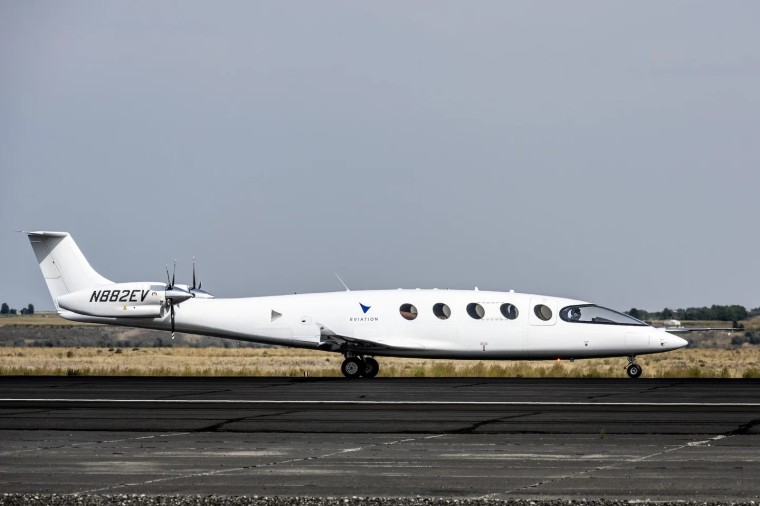 A fully-electric commuter plane took off, flew, and successfully landed in the U.S. The aircraft, with no tailpipe emissions, was propelled by a couple of powerful electric motors.

Gregory Davis, the company’s CEO, held a press conference following the flight, which was extremely short. The electric plane, called Alice, was in the air for just eight minutes. Speaking about the successful test run, Davis said:

The all-electric airplane did not face any technical problems. In fact, the company behind the project successfully conducted a high-speed ground test last week. During the test, engineers put the electric plane through its paces and pushed the hardware to ensure the aircraft was ready to fly safely and reliably. Incidentally, the 57-foot-long aircraft airplane designed by Eviation is flown by two propellers which are rotated by electric motors.

Today, our all-electric Alice aircraft electrified the skies and embarked on an unforgettable world’s first flight. See Alice make history in the video clip below. We’re honored to celebrate this groundbreaking leap towards a more #sustainable future.#electricaviation pic.twitter.com/Q9dFoTPyiB

Although a fully-electric commuter plane, with a conventional design, has now successfully conducted a test flight, significant challenges lie ahead. The most important challenge to overcome is the batteries that power the motors. The plane currently relies on 8,000 pounds of batteries. Increasing energy density and reducing the weight of the batteries would be the top priority, indicated Davis:

The biggest tech challenge that Eviation has to overcome is the development of the batteries—that couldn’t be clearer. It’s looking at the evolution of the chemistry and the physics around those batteries. Of course, we are able to control how we integrate them, and how we optimize them from a design perspective for the aircraft, but we really do need the industry to boost the energy density.

The future, where all-electric planes ferry passengers is closer than ever. The flight of the electric airplane is certainly a historic milestone but will be limited to a small, and sadly elite, section of aviation restricted to carrying a small number of people over short distances. The upper limit of passengers for electric planes could be limited to just nine passengers, which means large passenger airplanes powered by electric motors might not take to the skies in the foreseeable future.