A couple of weeks back, Microsoft opened up its Xbox LIVE Update Preview Program to public registration, allowing any users of its gaming service to sign up to test the next major update to the Xbox 360 dashboard and user experience. If you were one of those who applied, you can find out right now if you’ve been accepted to the program.

Larry Hryb, director of Programming for Xbox LIVE – and better known by his gamertag, “Major Nelson” – sent out a tweet confirming that users can verify the status of their application today.

To check whether or not you’re in, simply visit the Microsoft Connect page for the Xbox Live Update Preview Program and sign in. Remember to sign in with the account that’s associated with the gamertag linked to your application.

If you’ve been accepted, congratulations! In addition to enjoying that warm, wonderful feeling of success and superiority over fellow gamers, you’ll also have access to a private Xbox.com forum, ahead of the release of the update preview. No word yet on when exactly that’ll arrive, but it can’t be too far away now. 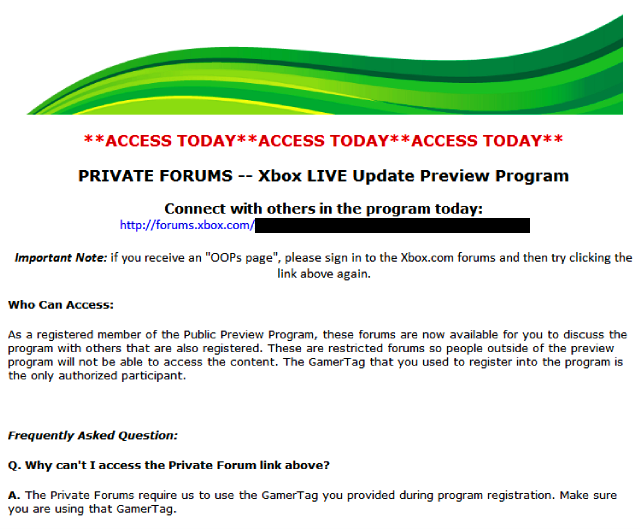 ...and if you haven’t been accepted to the program, buck up, hold back the tears and console yourself with the knowledge that you’ll still get to enjoy the Metro-influenced goodness of the new dashboard when it’s officially unleashed on the world in the next few weeks.