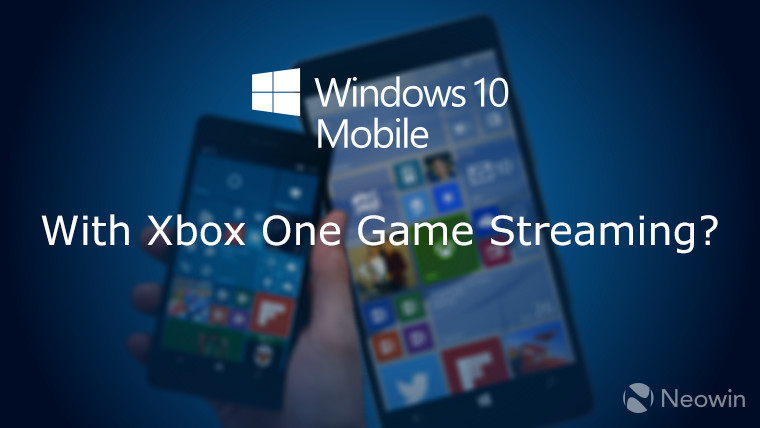 Reddit user, eric5949, has discovered that in the latest Windows 10 Mobile build on the fast ring, there is an option to "play from console", as opposed to 'play on console'. Upon tapping this option, it results in the message: "We couldn't stream from your console. Try again later".

Whilst Microsoft hasn't confirmed or denied that Xbox One game streaming could be arriving on their mobile platform, this latest revelation shows us that it could be in development, and we may see it in the upcoming Windows 10 Anniversary Update this summer, as it is already appearing in the Insider builds.

If you would like to attempt at getting this to work, all you need to do is get a friend on Xbox to send you a message with a screenshot from a game, then tap on the game's name. You will then be taken to a page that looks like the normal store pages, but slightly different. There should be a button named "play from console" which you can tap. It may take a few seconds for anything to happen.

If this feature is coming to Windows 10 Mobile, then it is likely it will be announced at E3, as part of Microsoft's Xbox presentation.

Remember, as with all leaks like this, take it with a grain of salt. This could simply be a bug with the app not realising you're on mobile, since they share the same code-base. We should find out more over the coming weeks.

Source: Reddit via WindowsArea | Thanks for the tip, Albert!